Star Wars Producer: 'There's Nothing We'd Like More Than to Find a Female Director'

While the new Star Wars sequels all have men directors—J.J. Abrams, Rian Johnson and Colin Trevorrow—the president of Lucasfilm and one of the most accomplished women in Hollywood says there is interest in finding a woman to direct one of the upcoming stand-alone films.

“There’s nothing we’d like more than to find a female director for Star Wars,” said Kathleen Kennedy, who’s also a producer of Star Wars: The Force Awakens, which hits theaters in December.

Kennedy, who revealed that six out of the eight people developing the The Force Awakens were women, told the Guardian that it’s on her and other industry executives to help women directors get experience before they can tackle a film property as big as a Star Wars movie.

“It’s a lot to do with opportunity and there has to be a concerted effort to create the opportunity,” she said of the well-documented dearth of women in behind-the-scenes roles. “Part of our job is to nurture talent. We need to not go to a filmmaker who’s done one movie and expect them to come in and do something the size of Star Wars without having an opportunity to find other movies they can do along the way.”

Read next: Elizabeth Banks on Directing: ‘I’m Not Interested in Representing My Entire Gender’ 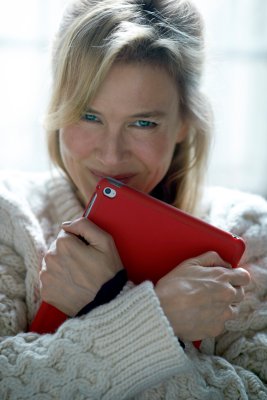 Bridget Jones's Baby Gets a Due Date
Next Up: Editor's Pick