Four people abducted by an Islamist extremist group in the Philippines have pleaded with Filipino and foreign authorities to end military operations in the region and begin negotiating their release, Reuters reports.

The pleas come in a video uploaded to YouTube and some Islamist websites. The footage is the first to be made of the four — two Canadians, a Filipino, and a Norwegian — since they were abducted from a resort on the Filipino island of Samar on Sept. 21.

The kidnappers are believed to have links to al-Qaeda, Reuters says, and have reportedly taken the captives to the south, where a long-running insurgency has been waged to establish an Islamic state independent of Manila’s authority.

The video shows the group sitting on the ground with a group of at least eleven masked, armed men standing behind them. The rebels hold the muzzles of machine guns to their captives’ heads as they speak.

“We beseech the Canadian government to please, please help us, and the Philippine government to help us by stopping all of the military operations that have been going on,” one man, who identifies himself as Canadian John Ridsdel, says.

A man identifying himself as Canadian Robert Hall says that he is “okay, but… in grave danger.”

The video concludes with an unidentified militant informing his audience that negotiations for the hostages’ release could only take place once all demands were met. The Filipino government refused to comment on the video, while a Canadian foreign ministry spokesman told Reuters that the government was “pursuing all appropriate channels to seek further information.” 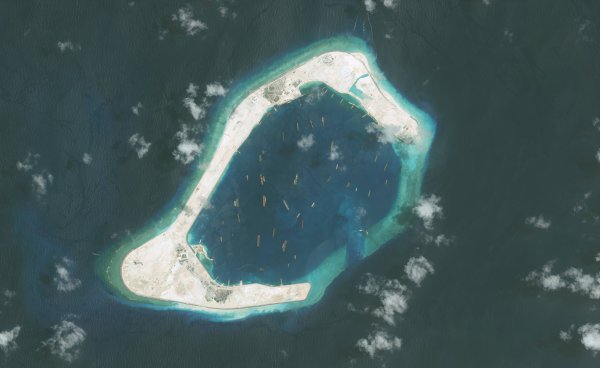