The U.S. Reasserts Its Freedom to Navigate the South China Sea

DigitalGlobe imagery of the Subi Reef in the South China Sea, a part of the Spratly Islands group, Sept. 1, 2015
DigitalGlobe/ScapeWare3d—DigitalGlobe/Getty Images
By Mark Rivett-Carnac

Despite a recent warning from China to stay away from the contested islands in the South China Sea, the U.S. has said it would continue to operate in any airspace and waters sanctioned by international law.

U.S. Secretary of State John Kerry and Defense Secretary Ash Carter made the announcement on Tuesday in Boston after a joint meeting with their Australian counterparts, Foreign Minister Julie Bishop and Defence Minister Marise Payne.

“Make no mistake, the United States will fly, sail and operate wherever international law allows,” Carter said. “The South China Sea is not and will not be an exception.”

The issue was not simply geopolitical issue but also involved “the free flow of commerce,” he added. Each year about $5.3 trillion of trade passes through its sea-lanes, according to a report from the Council on Foreign Relations.

Ownership of the various rocky reefs and shoals in the South China Sea is disputed by Taiwan, Vietnam, Malaysia, Brunei and the Philippines. But China makes the biggest claim, marking its territory with a “Nine Dash Line” that contains most of the sea itself.

Beijing has also exacerbated tensions by reclaiming hundreds of acres of land around certain reefs with the apparent intention of constructing military and other facilities.

“The United States continues to call for all parties to halt further reclamation and any further militarization of features in the South China Sea,” Carter said, but added that the U.S. does not “take a position on sovereignty issues.”

Bishop said Australia was “on the same page with the United States” and together the allies called for all claimant states to resolve their disputes as soon as possible. 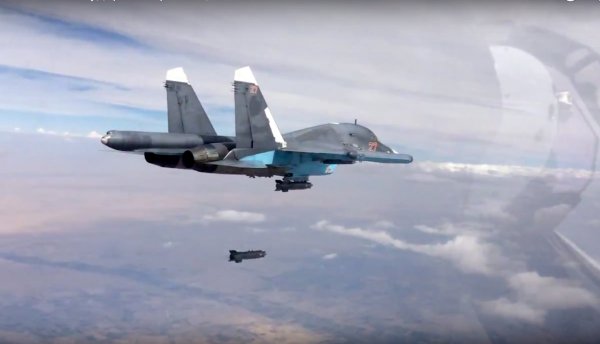 U.S. and Russia Plan Talks After Near-Miss in Syria
Next Up: Editor's Pick