How Charles Koch Made His Billions

Crown Business
Ideas
By Philip Elliott
Philip Elliott is a Washington Correspondent for TIME. Before joining TIME in early 2015, he spent almost a decade at The Associated Press, where he covered politics, campaign finance, education and the White House. He is a graduate of the E.W. Scripps School of Journalism at Ohio University.

Within Koch Industries there is a story from the 1970s that is part of the conglomerate’s mythology: One deal had yielded a particularly handsome reward for its crude oil division, and some senior employees were celebrating that, in their estimation, they had outsmarted the customers.

“You boys are way out line,” bellowed the then-president of the industrial giant, losing his cool with his management team. “Our customers are our friends. They are the ones that keep us in business.” If they continued to treat their customers as people they could exploit, then Koch Industries was not long for this world.

In short, ill-gained profits were verboten at Koch Industries. Think of it as a precursor to Google’s (since-ditched) motto of “Don’t Be Evil.”

That anecdote is one of the fun nuggets sprinkled—some more distantly than others—in Charles Koch’s latest book, Good Profit: How Creating Value for Others Built One of the Most Successful Companies. No, it’s not a stocking stuffer by any means. And it’s not the ripe narrative that Daniel Schulman penned in Sons of Wichita: How the Koch Brothers Became America’s Most Powerful and Private Dynasty.

But these are Charles Koch’s words and his business philosophy, which has made him tied for the world’s sixth-richest person. (His comrade at Number Six? His brother, David. Each is worth $43 billion.) This book is Charles Koch’s attempt at explaining the principles that he used to take his father’s company from a 1961 valuation of $21 million to one worth $100 billion in 2014.

Put another way: Someone who invested $1,000 in Koch Industries (if it were a publicly traded company, of course) in 1960 would now be holding $5 million in wealth. That’s a return 27 times greater than the average investor would have turned on the S&P 500 index.

Put an even simpler way: Koch Industries is really, really, really good at making money. But it’s not through dastardly practices, Charles Koch insists in a book that is as much corporate propaganda as an apologist’s take on incredible success. Instead, everything Koch Industries does is for the benefit of its customers, whether that’s making Dixie Cups, Brawny paper towels or Stainmaster carpet.

“No one can decide which products and services a customer values better than the customer,” Koch writes. “Dedicating ourselves to satisfying what she values is showing respect for her. That is what generates good profit.

Of course, critics will buy none of what Charles Koch is selling in his book. “Good Profit is just another attempt by Koch to pull the wool over the American public’s eyes and hide the fact that the billionaire Koch brothers and their profit driven business and political philosophy hurts real families and working people across the country,” the liberal American Bridge told its supporters in an email message sent Tuesday.

Oh? You didn’t realize these were the same Koch Brothers who are demonized by the name on the floor of the Senate by Harry Reid, mentioned in thousands of campaign commercials from Democrats, or used as a boogeyman in just about every races in America, from zoo funding in Columbus, Ohio, to the current presidential race? You’d be forgiven. Charles and David Koch didn’t really start funneling money into politics until the mid-2000s, under President George W. Bush.

Yes, that’s right. The anti-establishment Koch political network started to gain steam under a Republican. And, no, Charles and David aren’t Republicans. They just think the Democrats and their high-spending pals are worse. It’s why the Koch-backed network of politically minded groups, such as Americans for Prosperity and Generation Opportunity, plan to set aside $889 million ahead of the 2016 elections. (Advisers are quick to point out that not all of that will be explicitly political.)

Charles Koch’s views on regulation, corporate welfare and economic libertarianism are sprinkled through the at-times dense reading that is unlikely to land on the top of any must-read lists this year. But amid the jargon and industry-speak—there is one diagram that charts the intersections of virtue and talent—there are Monty Python references, discussions of Chinese polyester plants and light jabs at his wife’s cooking. He praises his hometown team, the Wichita State Shockers, jibes his brother David’s enthusiasm for ballet and extols the virtue of Lycra. Between philosophical debates on economic theory, there are tender stories about Koch patriarch Fred and about family losses.

Good Profit is not a fantastic story by any stretch. But it is a rare insight into what makes Charles Koch tick, and another step toward transparency that the Kochs have started to take in recent years. After all, without this book, Koch Industries’ many, many customers would never know that one member of the clan calls his billionaire grandfather “Poppy.” And the book might just offer the crowded field of Republican presidential hopefuls a roadmap for an agenda that Charles Koch and his deep-pocketed friends can rally behind. 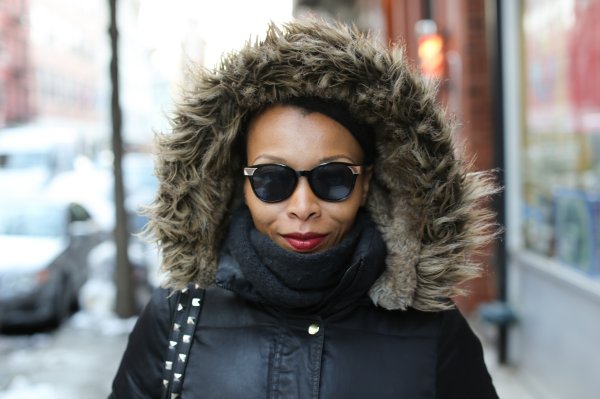 A Sneak Peek at Humans of New York: Stories
Next Up: Editor's Pick