What to Know About the 6,000 Federal Prisoners Being Released

David Mosby had to take a moment to praise the Lord. Without his faith, he told TIME via telephone, he doesn’t know how he would have survived the 25 years he served in federal prison for drug crimes. But he also wouldn’t have known who to thank when he was released 10 years early due to a change in U.S. sentencing guidelines.

Mosby, who has been working with the advocacy group Families Against Mandatory Minimum, is one of thousands of prisoners whose sentences were significantly reduced as a result of changes that curbed punishment for some of the nation’s strictest drug laws. Though the news came as a surprise to many—and the alarmist headlines that 6,000 prisoners would be freed didn’t help—the change has been a little over a year in the making.

Mosby spoke to TIME while operating a tractor on a farm in Southeastern Missouri, a job he received about a month after being released from prison last year. When Mosby “fell” as he put it, he was sentenced to 40 years behind bars. He was a first-time offender, but his interactions with a motorcycle posse that dabbled in methamphetamine sales landed him in rough waters, and he was sentenced to prison for conspiracy to distribute the drug.

Last March—10 years before his original projected release date—Mosby’s whole life changed. He entered a halfway house, still under Bureau of Prisons supervision, but no longer behind bars.

The U.S. Sentencing Commission first voted to unanimously reduce sentencing guidelines for some federal drug trafficking crimes in April 2014 and a couple months later the body made the reduction retroactive. When the new policy went into effect that November, a decision was made not to release any prisoners from Bureau of Prisons custody until Nov. 1, 2015. Between Oct. 30 and Nov. 2 of this year, 6,000 prisoners will be released from Bureau of Prisons custody—some of whom, like Mosby are already in the process of transitioning to community confinement and halfway homes.

About 46,000 federal prison inmates were eligible for early release under the updated guidelines. Of those offenders, about 17,000 have had their cases processed through the federal court system and about 13,187, or 75%, were granted sentence reductions. The Bureau of Prisons has not yet released a demographic breakdown of the prisoners being released, but a report by the sentencing commission gives us a general idea. About 92.2% of the eligible offenders are male and 7.8% are women. The majority are people of color—43.1% are Hispanic and 31.2% are black. Just shy of a quarter are non-citizens. On average, the inmates’ sentences were reduced by 25 months. According to data provided by the BOP, the bulk of the inmates will be released in the south—with 578 heading to Texas alone.

Advocates consider the upcoming release a small step forward in the ongoing efforts to reform the criminal justice system. The Governmental Accountability Office reports that the federal government spent $7.4 billion on prisons on in 2014, and those prisons are 30% overcrowded. But the release is also a bit of a test of the existing reentry infrastructure. Frankly, has the federal government properly prepared these inmates for life on the outside? And will their early release pose a threat to public safety?

The Department of Justice delayed the release of this group of inmates for a year in an effort to better prepare them for reentry, says Nancy La Vigne, the director of the Urban Institute’s Justice Policy Center. Aside from residing either in halfway houses or under home confinement, all of the prisoners being released will be under some form of supervision, most of them under federal probation. Probation officers will be tasked with helping them find employment, getting them in touch with resources like addiction prevention and health care, and making sure they’re staying on the right path and out of trouble.

La Vigne says while there’s no guarantee that those who are being released won’t recidivate and that among those who do some could commit a heinous crime—but that’s true of any release.

“This is about larger policy and not about what one individual may or may not do,” she says. “This isn’t about letting people off the hook. It’s not even really about reducing mass incarceration, although I think that folks on the left like to think of it that way, it’s about right-sizing very long, punitive federal prison sentences.”

Ann Jacobs, the director of the Prisoner Reentry Institute at John Jay College, says the release itself probably isn’t in any way a formula for disaster, but it will be a real test of the most of how the system helps—or doesn’t help—folks adjust to life on the outside.

“You’re moving someone from a closed environment that literally provided everything to an environment where you have to have a plan for every aspect of your life,” says Jacobs. “There’s a lot of anxiety and a lot of stigma that comes with it.”

If past is precedent, however, there may be little cause for alarm. A reduction of penalties for crack-cocaine related crimes in 2007 resulted in 16,000 prisoners receiving shorter sentences. According to The Marshall Project, the prisoners released under those guidelines did not return to prison at a rate higher than normal.

For folks like Mosby, that “right-sizing” means a second chance at life. Since his release, he has reconnected with his family, gotten back at work in agriculture, and even had an early holiday celebration with his children and grandkids. But Mosby realizes his situation is pretty unique.

“God has blessed me. There’s a lot of guys in prison that don’t get a Christmas card,” Mosby said. “When I got out, I had support.” 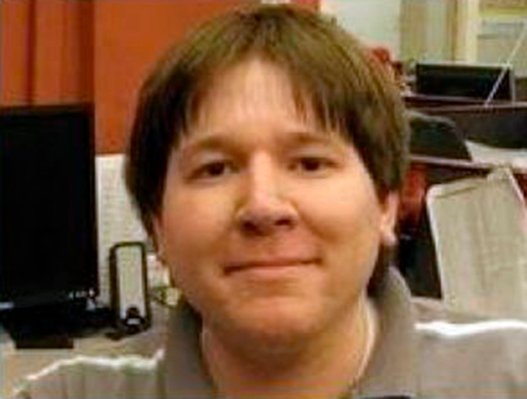