MMA Fighter With Down Syndrome Battles for the Right to Compete

Garrett Holeve, or “G Money,” is a 26-year-old with Down syndrome. His cognitive ability is about half of what an average 26-year-old’s is, and he has the reading and math skills of an elementary-schooler.

He’s also an MMA (mixed martial arts) fighter, one who faces a steep battle to follow that dream, which is depicted in a new Guardian documentary about his life.

Holeve renamed himself when he was 18. “Garrett Holeve has Down syndrome, and I don’t want to be Garrett Holeve,” he explained to his father. He started pursuing MMA first with his father, a former boxer, and then with Rodrigo Ramos, a professional fighter in Florida, where Holeve lives.

“You’ve got to be brain damaged to think I want my son punched in the face,” Garrett’s father, Mitch, explains in the documentary. But he doesn’t discourage his son’s passion, either.

“He had the right to do what he wanted to do,” he said. “[People] shouldn’t discriminate against him just because he has an extra chromosome.”

But getting Holeve into the ring has been a struggle. In August 2013, the Florida State Boxing Commission issued a cease-and-desist order against organizers of a fight between Holeve and David “Cerebral Assassin” Steffan, a former Special Olympian with cerebral palsy. (The pair’s fight eventually went on in Missouri last November; Holeve defeated Steffan with a choke hold.)

The National Down Syndrome Society backs Holeve, and issued a statement around the time of the fight that read, in part, “What Garrett is asking for is full-inclusion and full-participation in the sport of his choosing and we stand behind Garrett and his family as they fight to ensure Garrett can achieve his own hopes, dreams, and aspirations.”

A Change.org petition started in 2013 asking the Florida State Boxing Commission to allow Holeve to fight was signed by nearly 125,000 people, and Holeve had his first sanctioned MMA match in August of this year, squaring off against Steffan again. (Steffan won the fight by decision.)

In spite of everything he’s faced, Holeve is sure of what he wants for his life. “I’m a fighter,” he said. “That’s what I am. The only thing I want to be is a fighter.” 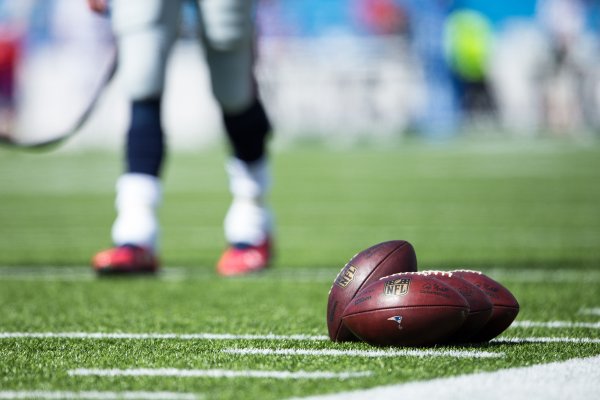 Why We Need Hit Counts in Football
Next Up: Editor's Pick