This Honest Trailer For Jurassic World Asks All The Right Questions

Jurassic World was the highest grossing movie of the summer, but that wasn’t enough to stop the team over at Screen Junkies from having a go at it. The cultural critics released an honest trailer for the box-office hit on Thursday.

The trailer wastes no time suggesting that the latest Jurassic Park sequel was made “to exploit a new generation by selling them the same basic premise they already sold to their parents.”

It outlines the story of how a bunch of “one-dimensional characters” have to work together to “thwart InGen’s plan to strap cameras on barely trained raptors’ heads and use them to hunt terrorists in Afghanistan.”

Screen Junkies has plenty of questions to ask about the film’s plot, including “Why would they give a dinosaur created for public display the ability to camouflage?,” “Why do you have one fat lazy security guard for the most dangerous animal on the planet?” and “Why do these two characters (Bryce Dallas Howard and Chris Pratt) hook up despite never really liking each other?”

Although they also point out that the movie had some high moments: “that T-Rex and raptor tag team fight was awesome!” 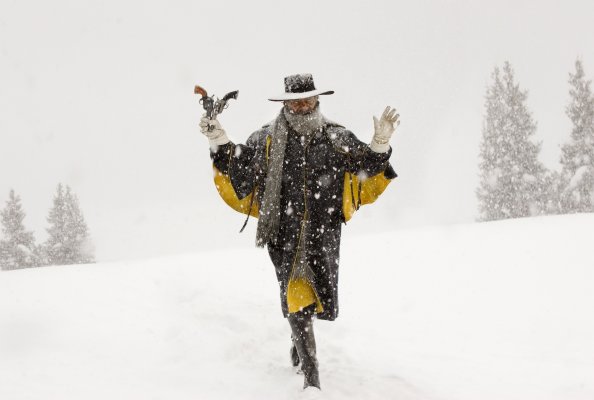 Quentin Tarantino Will Release 2 Versions of The Hateful Eight
Next Up: Editor's Pick