Everyone knows the endgame of WGN America’s Manhattan, an under-the-radar prestige drama that returns for a second season on Tuesday night. The series follows the scientists invited to a secret location in Los Alamos, N.M., to develop the atomic bomb. That bomb will eventually be used to end World War II, to both the relief and dismay of the physicists who created it.

But the effects on those scientists of keeping the secret of the bomb—from friends, the military guards in Los Alamos and even the spouses they returned to every night—is a less well-known story and one that feels all the more relevant at a time when how much information the government ought to share with its citizenry is up for debate.

It’s here that Manhattan takes some historical liberties. Like other historical dramas Mad Men and Downton Abbey, the show drops mostly fictional characters into a familiar historical setting. While famed physicist J. Robert Oppenheimer (played by Daniel London) does appear in a limited number of episodes of the show, most of the other characters are made up—as are their affairs, squabbles and occasionally bruised egos.

But the rest of the facts are meticulously in place. The so-called Manhattan Project was so secret that even the Vice President didn’t know of its existence, but interviews conducted since the weapons were deployed at Hiroshima and Nagasaki have informed the creators of the show. There were, in fact, two teams competing against each other as they worked on two different designs for the atomic bomb. At least one female physicist did contribute to the project, and Native American locals were enlisted to help support the community. And the scientists on “The Hill” believed that the weapon would be used on Nazi Germany, not Japan.

The show also peppers in small details that are true-to-life. Scientists really did refer to the bomb as a “gadget.” The Hill (Los Alamos, N.M.) did have one single mailing address—P.O. Box 1663—and mail really was screened for possible leaked information. Running water did sometimes fail to reach the run-down houses that make up the dusty set.

Much of the drama centers on the security aspect of the Manhattan Project: rooting out suspected and real spies for the Soviets, Germans and Japanese. The American government did take extremely undemocratic measures in order to protect the secret of the bomb. As seen in the show, scientists were given limited information about what exactly they were working on as a security measure. Wives of the scientists were kept in the dark as were the military police who guarded the site. The residents of Los Alamos did indeed have to take lie detector tests.

Still, spies managed to scrounge up information that later fueled the Cold War. The most famous real-life spy, Klaus Ruchs, was a primarily physicist on the Manhattan project and smuggled secrets to the Soviet Union. Though Ruchs was caught in 1949 and tried, another communist sympathizer, Theorore Hall, used Walt Whitman’s Leaves of Grass to leave coded messages for the Soviet Union about the plutonium bomb. He never went to trial. Though neither man has yet appeared in the series, spies and suspected spies do. Tuesday’s premiere episode raises the stakes as one of these double agents is revealed.

Read more about the Manhattan Project, from the first week the public learned of its existence, here in the TIME Vault: Birth of an Era 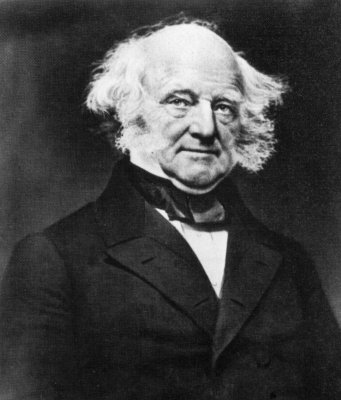 The Election Season That Was Weirder Than 2016
Next Up: Editor's Pick