Alaska Gov. Bill Walker addresses a news conference when it was announced that nearly every Alaskan will receive $2,072 from this year's oil dividend check, Sept. 21, 2015.
Mark Thiessen—AP
By Justin Worland

Alaska Governor Bill Walker called for expanded oil drilling to help him address the challenge of climate change in his state. Walker told the BBC that increased revenue from oil—a fossil fuel that contributes to global warming—would allow his state to fund measures to adapt to a changing environment.

“We are in a significant fiscal challenge,” he said. “We have villages that are washing away because of changes in the climate.”

Alaska occupies a peculiar place when it comes to climate change. The location of many of the state’s islands and glaciers make them especially vulnerable to the effects of climate change. But the state also depends on revenue from the oil industry to fund government programs. In recent years, the state has received at least 88% of its unrestricted funding from the oil industry, according to state figures. State officials expect that falling oil prices will lead to a dramatic decrease in that revenue. On top of that, Shell last month that it would halt plans to drill in the Arctic.

On Tuesday, Walker said he wants to drill as soon as possible in the Arctic National Wilderness Refuge, land that President Obama has called on Congress to protect. Oil revenues from that drilling would support climate adaption efforts, including relocation of communities on islands expected to disappear, Walker said.

“This isn’t something we can put off for 10-20 years,” he said. “We have to begin this process now. It’s an absolute urgency for Alaska.” 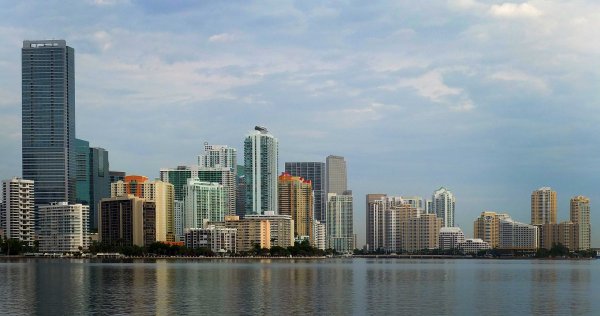 New Orleans and Miami Are Doomed To Be Swallowed by the Sea, Says New Study
Next Up: Editor's Pick