Review: Selena Gomez Is Whoever Pop Needs Her to Be on Revival

Pop fandom is all about characters and storylines, so it makes sense that Disney and Nickelodeon alums do well. Not only do they enter the major-label world with pre-existing, devoted fanbases, they’ve had the equivalent of several seasons of character development. These things always seem to come in fours: first Britney, Christina, Mandy, Jessica; now Ariana, Miley, Demi, Selena.

Of the four, Ariana Grande is the most familiar personality: the Britney Spears teen coquette, with a bit more stage-kid showmanship from her days on drama-school sitcom Victorious. Miley Cyrus became famous by running off the Hannah Montana moral-clause rails, then remained famous by finding whole new sets of rails to run off. Demi Lovato and Selena Gomez, meanwhile, are lower-key but reliable hitmakers. Gomez in particular comes across as hardworking and almost impervious to scandal; even turns in Harmony Korine’s teensploitation film Spring Breakers and a well-publicized relationship with pubescent heartthrob turned tabloid scoundrel Justin Bieber have left her relatively unscathed. Indeed, Gomez has spent several albums now shedding her Disney trappings to a couple hits but relatively little fanfare. Like many former TV stars, Gomez has a malleable, unshowy voice, the kind that can sound a little pop-rock or a little alt-R&B or a little Rihanna without ever settling on one. This makes for a reliable worker, but for a pop star it’s fairly low-key, resulting in a little bit of an identity crisis. Who, exactly, is Gomez?

Revival, Gomez’s second solo album without former backing band The Scene, addresses this question outright, on the title track: “Who knows what I’ll become?” she asks. The answer, it turns out, is pretty much what it’s always been—she’ll become whoever pop needs her to. Like Stars Dance, it serves nicely as a snapshot of mid-decade pop production trends and producers, with powerhouses Max Martin and Stargate making appearances, as well as frequent Disney collaborators Rock Mafia. “Me & the Rhythm” is the sort of lite-disco that’s ruled the charts since 2013, but other songs are a little more au courant, like “Kill ‘Em With Kindness,” which stirs a tropical-house breeze not dissimilar from Bieber’s recent “What Do You Mean,” or “Hands to Myself,” whose stop-start sass recalls Ellie Goulding’s recent “On My Mind.”

Even the less foregrounded singles are easy enough to categorize. “Revival,” from the spoken-word intro to the tiptoeing synths and vocalise, is New Age in that way that’s increasingly crept into the charts. Gomez handles all these well enough. Where she falters most is what Revival is ostensibly about: bratty confidence. It’s a strength of her contemporary Charli XCX, who co-wrote Gomez’s single “Same Old Love”; built on a rickety piano sample, backgrounded Italo synths and post-breakup feelings, it aims for spitfire and lands on vaguely pained. (Reversing the equation, Gomez handles the reggaeton-tinged “Body Heat” considerably better than her producers, who contribute a thudding outsider’s try. Gomez has cited Christina Aguilera, specifically on Stripped, as an inspiration; it’s tempting to imagine what a Latin crossover record from her, like Aguilera’s, might be like.)

In almost every interview around Revival, Gomez has claimed it’s a “fun” record; the talking points are plentiful and conspicuously angst-free. Top 10 single “Good For You,” she claims, is about confidence; “Same Old Love” is presumably not about a breakup but—no joke—a healthy relationship with one’s parents. The album itself is something else, and something more interesting. Gomez’s greatest strength may well be, surprisingly, sadness. Her two best singles during the Revival era are also her most morose: nocturnal promotional single “The Heart Wants What It Wants” (from last year’s greatest hits compilation For You) and now “Good For You,” a presumably confident track in which Gomez, goaded by A$AP Rocky’s guest leching, makes looking good for her man sound like searing a part of herself dead.

Accordingly, the middle stretch of Revival, which on other pop albums might be a slog, here contains its standout tracks. There’s “Sober,” which sets a disarmingly peppy track to the sort of story you’d find in an Evanescence single, and “Camouflage,” a piano ballad about lost love on the 405; it’s the kind of songwriterly portfolio piece that may well be California’s biggest export behind starlets and almonds. Yet Gomez handles these well. Her voice is less suited to belting than to pathos, and “Good For You” in particular brings out a plaintive timbre that sells the song more than any melisma could. There’s plenty of potential career mileage here, especially now when the likes of Lana Del Rey are chart powerhouses and the No. 1 song in the country for several weeks now is a straight-up dirge.

“It’s my time to butterfly,” Gomez sings on the title track; it’s verbing that sounds like a slogan. Musically, though, Revival is most interesting when it’s still in the cocoon. 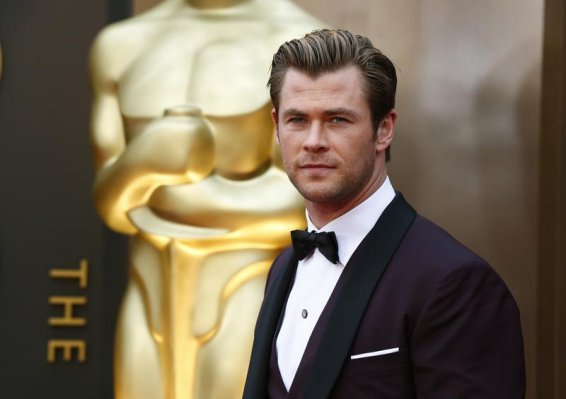 Chris Hemsworth Joins Instagram With a Terrifying Photo
Next Up: Editor's Pick