You have gotten used to the spectacle. Now prepare for the sideshow. After two full-contact Republican debate-a-paloozas starring Donald Trump, a brain surgeon and a dozen more politicians, five Democrats will take the stage tonight in Vegas to show what they’ve got.

But don’t get too excited. Only two of the five—former Maryland Gov. Martin O’Malley and former Secretary of State Hillary Clinton­—were even Democrats 15 years ago. Former Virginia Sen. Jim Webb was still a Reagan Republican. Vermont Sen. Bernie Sanders was a “democratic socialist” who refused to join the Democratic Party until this spring. And former Rhode Island Gov. Lincoln Chaffee voted for George H.W. Bush in the 2004 presidential election. That’s not a typo. He voted for George H.W. Bush in the year George W. Bush was running for reelection.

Such is the state of the Democratic race. When CNN broadcast the last Republican debate, there were 15 candidates stretched over five hours of airtime. Tonight, CNN will only keep the lights on for two and a half hours, starting at 8:30 p.m. EST.

So we must change our drinking strategy. Think short bursts, not the long haul. Prepare to get excited about inequality statistics, not one-liner attacks. There will be no gruesome descriptions of abortion procedures or oppressed wedding cake bakers. You will have to make do with ideas for further Wall Street reform.

Read More: 7 Things to Watch for in the Democratic Debate

As always, the disclaimer: The following drinking game should not be attempted. It will make you ill, and cost way too much money. Also, if you do drink, make sure you are of legal age and don’t drive a car afterwards.

And away we go:

Take a sip for each of the following: 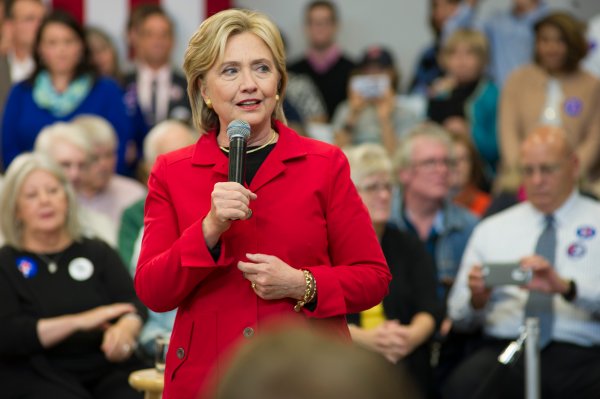 How to Watch the Democratic Debate Online for Free
Next Up: Editor's Pick