Jennifer Lawrence Blames Herself for Earning Less Than Male Actors

Jennifer Lawrence is an actor beloved for her blunt style and no-nonsense antics. And in Tuesday’s Lenny Letter, a new feminist newsletter produced by the women behind the hit HBO series Girls, Lawrence addressed the gender pay gap while acknowledging that her experiences with pay are a bit different than the average working woman’s.

Lawrence says when she discovered her pay was less than her male counterparts during last year’s hack on Sony emails, she wasn’t angry at the media giant, she was angry at herself.

“I failed as a negotiator because I gave up early. I didn’t want to keep fighting over millions of dollars that frankly, due to two franchises, I don’t need. (I told you it wasn’t relatable, don’t hate me),” she writes.

But Lawrence goes on to question whether she and millions of other women give up early because they’re more worried about how they’ll be perceived by men than they are about their own well being.

“Are we socially conditioned to behave this way? We’ve only been able to vote for what, 90 years?” Lawrence writes. “Could there still be a lingering habit of trying to express our opinions in a certain way that doesn’t ‘offend’ or ‘scare’ men?”

Lawrence is the latest of many women in Hollywood who have used their platform to address the gender issues that persist in their industry—from Viola Davis‘s speech at the Emmy’s to Patricia Arquette‘s speech at the Oscars, despite its flaws.

Toward the end of her post for this week’s Lenny, Lawrence says she’s done worrying about what men think about her approach.

“I’m over trying to find the ‘adorable’ way to state my opinion and still be likable!” she writes. “I don’t think I’ve ever worked for a man in charge who spent time contemplating what angle he should use to have his voice heard. It’s just heard. ” 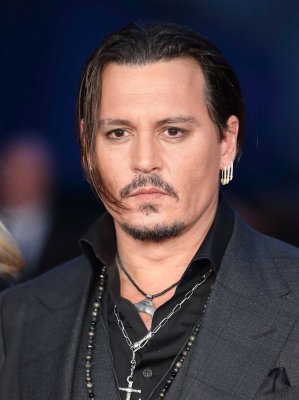 Johnny Depp Doesn’t Want to Win an Oscar, Ever
Next Up: Editor's Pick