A controversial television anchor recently praised Russia for its “precision” when conducting airstrikes in Syria, but it appears the video footage he used to support his statements came straight from a video game.

TV host Ahmed Moussa criticized the U.S.’s airstrikes against ISIS fighter in Syria, saying Russian forces do not “joke around” while American forces have been “playing with terrorists” during the recent segment. But according to the blog Egyptian Streets, the video he used to show the “success” of Russian forces was, most likely, someone actually playing a video game.

A 2010 Youtube video of Apache: Air Assault, a game created by Russian developers five years ago, depicts a similar strike and in it, like in the clip Moussa aired, fighters are speaking American English and not Russian.

“See what the Russians are doing to them! That precision! Look at that car! Wait for the missile to come down! No one gets away,” Moussa says, according to a translation on the blog.

The anchor has been blasted online for the footage, inspiring many mocking memes of Moussa releasing footage of news events.

Moussa is no stranger to controversy, either. Earlier this year he was sentenced to prison time as the result of a libel suit. The sentence, however, was later overturned.

Moussa has reportedly addressed the video game issue on his late night show, however, a translation is not readily available. 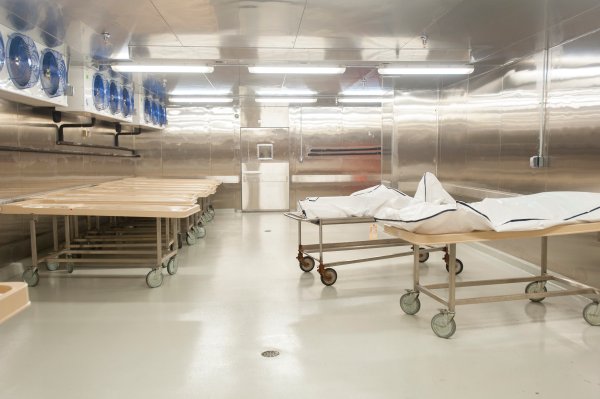 'Dead' Man in India Wakes Up at Morgue
Next Up: Editor's Pick