Playboy, the lifestyle magazine that for more than six decades has both cornered and revolutionized the American market for prurience, will stop publishing the photographs of nude women that made it famous, the New York Times reported.

The Times story recounts a meeting last month between Hugh Hefner, Playboy’s iconically robed 89-year-old founder, and Cory Jones, the company’s chief content officer, where the two agreed that the era of printed erotica — which the magazine effectively created — had ended. A massive redesign next March will introduce a sleeker publication that will continue to hone in on sex and feature titillating photos of women, but the women will not be naked.

The consensus among Playboy executives is that the Internet has satiated the demand for the printing of explicit images.

“That battle has been fought and won,” Scott Flanders, Playboy’s CEO, told the Times. “You’re now one click away from every sex act imaginable for free. And so it’s just passé at this juncture.”

The Times reports that Playboy’s print circulation currently sits at around 800,000, compared to 5.6 million four decades ago. The U.S. print edition loses around $3 million a year.

Its rebranding intends to target a fresher, younger — but still male — audience, one that appreciates not just the suggestive photographs but also the magazine’s tradition of literary journalism and fiction. Past contributors include the novelist Vladimir Nabokov, the media theorist Marshall McLuhan, and the celebrated multidisciplinary writer Norman Mailer. 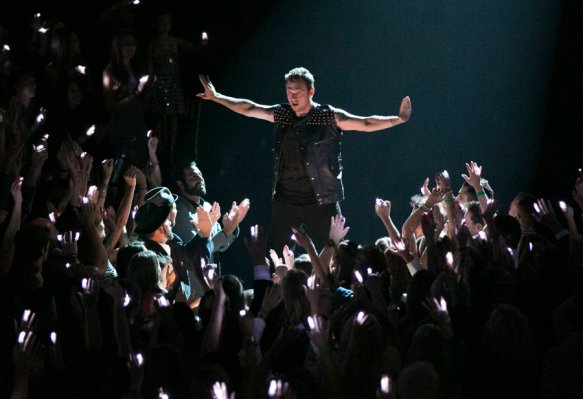 Dancing with the Stars Watch: Chaos Rules on The Switch Up
Next Up: Editor's Pick