Why Restoring Nature Could Be the Key to Fighting Climate Change

For decades, scientists and policymakers have focused on changing human behavior to address climate change. Regulations have mandated reduced carbon emissions, subsidies have supported the development of renewable energy and individuals have worked to make their lifestyles more sustainable.

But, while addressing global warming will inevitably require humans to change behavior, a growing body of research supports the need for solutions rooted in nature: ensuring biodiversity, revitalizing forests and supporting other natural environments. A new study in the journal Nature offers the strongest evidence yet that biodiversity strengthens ecosystems, increasing their resistance to extreme climate events and improving their capacity to stem climate change.

Study author Forest Isbell, a researcher at the University of Minnesota, explained the importance of ecosystem biodiversity using the insurance hypothesis: having more species provides insurance for carrying out key functions to the ecosystem if one disappears or can no longer serve its function. “Because different species have different responses to environmental fluctuations, the aggregate of many species is dampened,” he said.

The study’s results only applied to an ecosystem’s resistance to the immediate effects of climate events and not necessarily to its ability to bounce back following an event.

Read More: Meet the President Trying to Save His Island Nation from Climate Change

Determining how to ensure the health of ecosystems figures into efforts to address climate change more broadly. Ecosystems absorb carbon dioxide in the atmosphere, a key gas that contributes to global warming. Forests alone absorbed one-sixth of carbon dioxide released by fossil fuel emissions between 1900 and 2007, according to one study. Still, the capacity of forests has been reduced as deforestation continues to cause the release of carbon and the loss of future carbon-absorbing capacity.

The new Nature study shows that biodiversity loss threatens the productivity of even those forests not at risk of deforestation. “It’s not always enough to have forests that are storing carbon if you have only one or two species in that forest,” said Will R. Turner, chief scientist at Conservation International. “It may be that the function of those forests is less than if the forest has more species.”

While the destruction of nature threatens to exacerbate climate change, the connection between nature and climate change also presents opportunities. In addition to enacting regulations to alter human behavior, policymakers can work to restore nature as a method of addressing global warming. One study suggests that a reversal in deforestation trends would allow forests to absorb as much as 30% of global carbon emissions. Right now forests absorb 11% of greenhouse gas emissions.

“Climate change is a big problem and we’re going to need a whole range of solutions to solve it,” said Turner. “One of those solutions is to get better at harnessing the role that ecosystems play. It’s a solution that’s available now.” 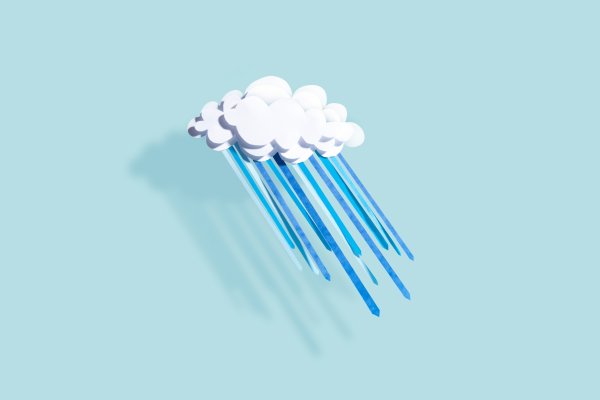 Why Your Income Changes How You See the Weather
Next Up: Editor's Pick