The Election Season That Was Weirder Than 2016

It’s still over a year until the United States votes on its next president, and all signs point to a wild and wooly election season. But even if the 2016 election turns out to be breathtakingly chaotic, it will have nothing on 1836 — one of the weirdest election seasons in the country’s history.

Blame Andrew Jackson for the strangeness of the 1836 election: By the time he had served out the end of his two-term presidency, he was among the most polarizing figures in United States history. (He still is.) As President, Jackson not only waged war on his own bank, but also infuriated Southern states when he asked Congress to allow him to use federal troops to enforce federal tariff laws within their borders. The nullification crisis—so called because South Carolina tried to nullify the tariff—was sidestepped at the last minute by a compromise tariff, but Jackson was so hated that his opponents formed an entire political party, the Whigs, to oppose his successor, Vice President Martin Van Buren.

The Whig Party was a motley crew — a bizarre coalition of the National Republican Party, leftover Federalists, opponents of Freemasonry and states’ rights activists. A contentious bunch, the Whigs could only agree on what they weren’t for: Jackson. They knew it wouldn’t be enough to complain bitterly about Jackson’s policies: To beat his heir apparent, they’d have to come together.

That…didn’t go so well. The strategy the Whigs ended up using wasn’t a formal strategy at all. Rather, infighting, power plays and internal chaos led to an unusual predicament: no national convention, no political platform and not one, but four nominees for President. That’s right — William Henry Harrison, Daniel Webster, Hugh L. White and Willie P. Mangum were all the Whig Party’s presidential candidate at the same time.

It wasn’t an elegant solution, but it was one that just might have worked. By running four candidates in four different parts of the country, the Whigs might have been able to prevent a single candidate from getting a majority of electoral votes. If that had happened, the election would have been thrown to the House of Representatives to decide — a fluke with precedents in both 1800 and 1824.

For a few minutes, it looked like running four candidates might work. All told, the Whig candidates garnered over 738,000 votes. But though that number came unsettlingly close to the 762,678 popular votes garnered by Van Buren, the Whigs were only able to snag 124 electoral votes to Van Buren’s 170. “We are to be cursed with Van Buren for President,” said a New York Whig leader after the results came back. “This certainly makes me hate [him] the more….I have no confidence in a People who can elect Van Buren President.”

Despite their epic defeat, the Whigs learned from their failure. Though the Whigs’ attempt to sway voters from Van Buren with no real consensus or policies failed, it actually managed to win a future election. William Henry Harrison proved to be such a charismatic candidate that he never really stopped running. In 1840, he managed to defeat Van Buren in the infamous “Log Cabin Election” — only to die 31 days after his inauguration. 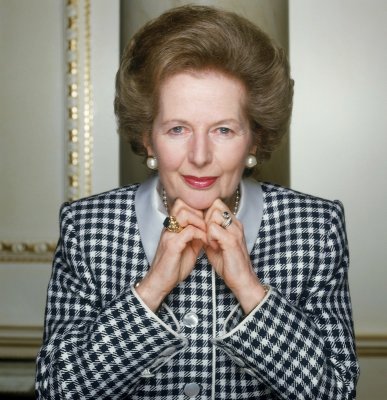