How Bridge of Spies Uses the Present to Shape the Past

Warning: Contains spoilers for the film Bridge of Spies

The new movie Bridge of Spies is based on a true story: New York lawyer James Donovan, his client Soviet spy Rudolf Ivanovich Abel, and American U-2 pilot Francis Gary Powers were the key players in a Cold War historical drama. After unsuccessfully defending Abel in U.S. court in 1957, Donovan in 1962 went to Berlin to arrange an exchange of prisoners. Abel could go home, and so could Powers, who had been shot down over the USSR in 1960, and another young American who had just been arrested behind the Wall in East Berlin. The main source for the film was Donovan’s own memoir of the case, Strangers on a Bridge, which appeared in 1964.

In order to understand our own times, we need to be able to understand earlier periods as well. Bridge of Spies provides a reasonably accurate portrayal of the case, but its portrayal of the late 1950s—designed by Spielberg and a team of writers who include the Coen brothers, Joel and Ethan—appeals more to the prejudices of our own time than it would the reality of the world back then. The image of an intolerant anti-Communist citizenry and a hopelessly evil U.S. government has been popular for decades, and we seem eager to believe it. Perhaps that makes sense: in a post-9/11, post-PATRIOT Act, post-Snowden world, the idea that the CIA might be out to trample American ideals in order to track an upstanding citizen, supposedly in the service of keeping us safe, is completely feasible. But a half-century ago, despite the very real excesses of the CIA abroad, Americans believed more deeply in the Constitution and the American criminal justice system than they do today.

Donovan, a well-off insurance lawyer in New York who had worked with the OSS during the Second World War and took part in the Nuremberg prosecutions, represented much of what was best about the 1950s. We all know that they were the peak of the Cold War with the Soviet Union, but today we forget all too easily how deeply Americans like him believed not only in the justice of our cause, but in the need to rely on our principles as perhaps our most important weapon in the struggle. From the moment that Donovan took Abel’s case, he was determined to give his client the best defense he could to prove that the American legal system was fair to everyone, even its enemies. Donovan made this point bluntly again and again during the case, and never more so than in his argument on appeal before the Supreme Court. Donovan argued that Abel’s conviction should be reversed because the FBI, in violation of the Constitution, had searched his hotel room without a warrant, failed to arraign him, and held him incommunicado at military bases for more than a week in an effort to get him to “turn” against the USSR. “By the use of the evidence obtained through this illegal search and seizure,” he told the court, “this man has been convicted of a capital crime. The only place criminal proceedings based on such practices occur is in police states like Nazi Germany and Soviet Russia.” In the end, he lost the appeal by a single vote, 5-4.

That vote was no random accident. By 1959, when Donovan argued the appeal, the Supreme Court had already undone some of the worst excesses of the McCarthy era, which really ended with the Senator’s fall in 1954. There had been a parallel thaw within the Soviet Union, where Stalin’s successors had amnestied hundreds of thousands of political prisoners and Khrushchev had denounced Stalin’s crimes. The Soviets signaled a willingness to ease relations with a new President, John F. Kennedy, in early 1961, when they released two crewmembers from another reconnaissance flight that had been shot down near their borders. It was only shortly thereafter that the Soviets, acting through operatives in East Germany, signaled Donovan that they would be willing to exchange Francis Gary Powers for Abel.

Because many Americans shared Donovan’s dedication to American principles, he received plenty of support for his determined defense of his client from his firm, other colleagues and some newspaper editorials. Although he and his family did endure some critical remarks from colleagues, neighbors, and strangers, according to the account Donovan left in his memoir, they never felt personally threatened. Even jurors let him know after the trial that although they believed his client guilty, they had come to respect his determined defense.

Bridge of Spies paints a different picture, in which Donovan faces almost nothing but hostility because of his role. In the movie, he and his family are subjected to an unending round of insults from acquaintances and strangers. His senior law partner even turns against him. Sometime later, his daughter is watching television in their living room when several shots are fired into the house. These episodes do not appear in Donovan’s book. Neither does a major character in the film, a CIA man who initially tails Donovan and tries to persuade him to inform on his client, and later cynically tries to leave an innocent young American in an East German prison.

The portrayal of an America blinded by anti-Communism and terror of nuclear war is overdrawn in other ways as well. In one scene, for example, a young girl begins to cry in her elementary school classroom after the teacher shows a famous film explaining to children how to respond to a nuclear attack. Every person of mine and Spielberg’s age remembers classes like that one—but no one I know ever saw them reduce any students to tears. That is the part of the 1950s that the film entirely misses: that people of all ages were taught to cope with tragedy, remain calm and do their jobs. That was what Donovan was doing when he took the case. We young Boomers got the message that the possibility of nuclear war was simply something we had to live with, and we behaved accordingly. We didn’t get trigger warnings, and we didn’t seem to need them. Meanwhile, our parents included a great many men and women sincerely devoted to American freedoms and the ideal of fair play. Donovan was one of them, but it is a disservice to a whole generation to pretend that he was practically the only one. 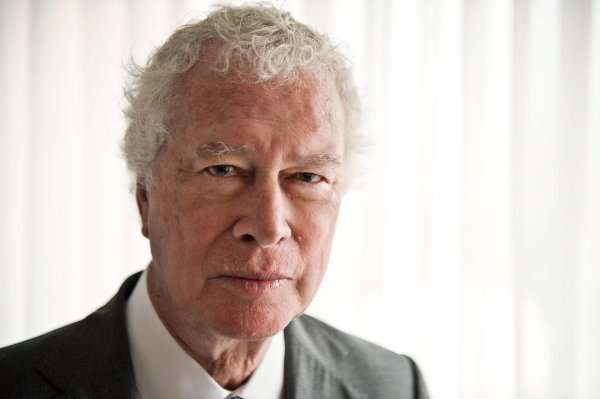 Why the World Remembered 'Instant Hero' Ken Taylor
Next Up: Editor's Pick