A group of beard enthusiasts say that a concerned citizen in Sweden mistook them for militants from the Islamic State of Iraq and Greater Syria (ISIS) when they gathered for an event Saturday.

A member of the Swedish chapter of the “Bearded Villains” club, detailed the incident in a Facebook post. The dapper gang was posing for a group photo at the ruins of Brahehus Castle, holding a flag that resembles the one used by ISIS—two crossed, white swords on a black background.

However, when the police showed up they realized that this was just a group of well-dressed hipsters, not “30 terrorists waving a ISIS flag” as Andreas Fransson describes in the post.

“We had a good laugh with the cops, who had to respond to the call, but quickly saw that we weren’t terrorists, out in the middle of nowhere, dressed in formal wear, hugging and laughing,” wrote Fransson. 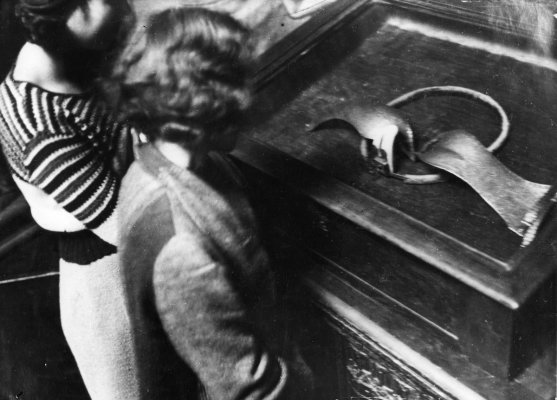 The Medieval Chastity Belt Started as a Joke
Next Up: Editor's Pick