The Ankara Bombing Is a Reminder That Safety Is Relative

Thousands of protesters take part in a march against the deadly attack earlier in Ankara on Oct. 10, 2015 at the Istiklal avenue in Istanbul.
Ozan Kose—AFP/Getty Images
Ideas
By Elliot Ackerman
Ackerman is the author of the novel Red Dress in Black and White and the memoir Places and Names: On War, Revolution, and Returning, as well as three other novels. He served five tours of duty in Iraq and Afghanistan, received the Silver Star, the Bronze Star for Valor, and the Purple Heart.

On Saturday at a little after 10 a.m., two bombs exploded at a peace rally in Ankara, Turkey, killing at least 97 and injuring more than 200. That the deadliest terrorist act ever committed on Turkish soil targeted peace activists calling for an end to hostilities between the Kurdish Workers’ Party and the Turkish government adds a particularly bitter sting to the tragedy. After national elections four months ago left no party with a governing majority or able to form a coalition, and after Turkey’s offensive against ISIS, these attacks have sadly become more frequent—Diyarbakır in June, Suruç in July. And now Ankara.

Though I live in Istanbul, I often hear of these attacks through a concerned note from back home, as was the case this Saturday. I was napping when the phone rang. Two days earlier I had returned from a trip to the U.S. and, jetlagged, I needed an hour’s rest. I reluctantly checked the caller I.D.—the toy store down the block. I’ve had a red electric car on order for my 3-year-old son, a two-speed Mini Cooper that kids can drive themselves at a slow-setting of three miles per hour, or a more precarious fast-setting of six. I answered the phone. The car had arrived, and I needed to pick it up. Then I saw an email from my father: Are you okay?

I checked the news, and then I called my father back.

Saturday’s events were horrific. They caused me to reflect on whether I am safe living with my young children in Turkey. And yet looking at the bombing in the context of the news of the past few weeks—Russia’s initiation of air strikes in Syria, the Taliban’s conquest of Kunduz, Afghanistan, and the American bombing of the Médecins Sans Frontières’ hospital there, flooding in the Carolinas that left 17 dead, and the nine killed in a mass shooting in Oregon—Turkey feels about as secure as anywhere else.

Security is always relative. When I was in the Marines, I would listen to rifle snaps above my head while crouching along rooftops in al-Anbar Province in Iraq or laying belly-down on ridge lines near the Afghan-Pakistan border. You’re dead if you stand up, but you’re fine if you stay low. We called this boundary our “relative safety.” The boundary line is always invisible, one you can intuit but never truly know unless you violate it. Like being killed by terrorists at a peace rally, or like learning that coming home from a war is statistically more dangerous than fighting in one (suicide eclipsed combat deaths long ago), our notions of safety often seem arbitrary.

Why do some forms of violence—the beheading of journalists by ISIS, or a bombing in Ankara—make us feel so threatened, while other forms—the 298 separate mass shootings in America thus far this year, or the more than 4,200 killed in Syria last month—do little to challenge our sense of safety? It might be because certain kinds of violence fall into a pattern that becomes predictable, and through that predictability we feel as though we can know the boundary line of relative safety. We feel we can make choices to control our level of risk. Live in Turkey, or don’t. Give school teachers pistols, or don’t. When confronted with random acts of violence, such control makes us feel safe, but perhaps this is illusory.

Christopher Nolan captured this in his script for The Dark Knight. Holding the mayor of Gotham hostage, the Joker says:

Turkish political life feels increasingly chaotic, and not particularly fair. In the wake of the bombing, Prime Minister Ahmet Davutoğlu’s government immediately imposed a media blackout, shutting down social networks like Twitter in order to regulate “images that create a feeling of panic.” This did not stop thousands from flooding Istanbul’s Taksim Square on Saturday night to criticize the government response and to stand in solidarity with the peace protestors.

While the government has placed blame for the Ankara bombing on either ISIS or Kurdish separatists in the southeast, Selahattin Demirtaş the leader of the Peoples Democratic Party, which represents Kurdish interests in the parliament, accused the Turkish government of carrying out the bombing. He urged world leaders to withhold their condolences to Davutoğlu. “This is not an attack against unity of our state and nation,” Demirtaş said. “This is an attack by our nation against our people.”

Just as conclusive evidence never emerged around the June bombing in Diyarbakır and the July bombing in Suruç, it is unlikely that conclusive evidence will emerge in Ankara. With national elections scheduled for Nov. 1, what does seem likely is that there will be other terrorist attacks. Just as it is likely there will be more mass shootings in the U.S., that veterans will commit suicide at alarming rates, and that the Syrian civil war will drag on. What is also likely is that the minute any one form of violence begins to feel status quo, some new agent of chaos will emerge causing us all to lose a little more sleep, especially those of us with small children.

While Turkish investigators pieced through the bloodshed in Ankara, I sat in my living room with a screwdriver assembling my son’s red Mini Cooper, only paying partial attention to the task while watching for updates about the bombing on the local news. As much as he wanted to get outside with his new toy, I felt it would be wise to stay indoors for the rest of Saturday, just to be safe. But eventually I caved, figuring we would be all right if we stayed in our neighborhood.

Soon we were heading out of my flat toward Bebek Park and its sprawling playground, which runs along the Bosphorus. When we arrived, the regular crowds of parents appeared a bit thin. Yet as my son sat behind the wheel, everything seemed fine. Then he floored the gas pedal, careening dangerously toward the water at six miles per hour. I chased after him in a panic. Preoccupied as I’d been watching for security updates on the news, I had forgotten to switch his car to its slowest, safest setting. 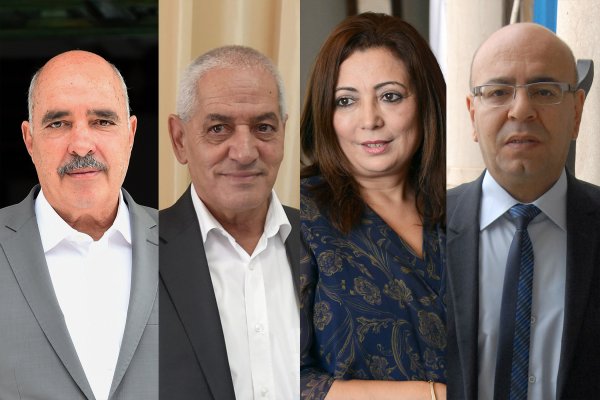 Nobel Peace Prize Honors Resilience of the Tunisian People
Next Up: Editor's Pick