Whoever was responsible for the bombs that killed at least 95 people and perhaps as many as 128 in the Turkish capital of Ankara on Saturday, the benefit of the resulting turmoil clearly accrues to the country’s embattled president. In late August, Recep Tayyip Erdogan called national elections for Nov. 1 to recover his role as Turkey’s “indispensible man”—and in the process appears to have unleashed the forces that kept Turkish politics snarled in the fear and suspicions that he called on everyday Turks to rise above when he first burst on the national stage more than a decade ago, as a celebrated political reformer.

Those hopeful days appear to be long gone. Erdogan called the new ballot because Turkish voters in June declined to give his mildly Islamist Justice and Development Party, known by its Turkish initials AKP, the legislative supermajority required to realize Erdogan’s dream of re-making government on lines that would make him even more powerful. In fact, for the first time in 13 years, AKP failed to achieve even a simple majority, leaving it searching in vain for a partner with which to form a coalition government.

But in calling the new election, Erdogan also set out to change the playing field—chiefly by undermining the surging reformist party that had chipped away at AKP’s base: the Peoples’ Democratic Party, known as HDP, was a favorite of both the country’s large ethnic Kurdish population and liberal reformers intent on checking Erdogan’s authoritarian impulses. The Oct. 10 bombing targeted an HDP rally. The next day thousands of mourners chanted “Murderer Erdogan” and “Murderer State.” Police responded with tear gas.

“We won’t seek revenge,” Selahattin Demirtas, the former human rights activist who heads the HDP told a crowd from atop followers from atop a bus. “Violence will breed more violence. We’ll seek justice in the election on Nov. 1. Shared life is possible among the oppressed and the abused. We will not surrender to a bunch of scoundrels.”

The government’s response to the bombings were contradictory and complex to the point of incoherence—a result that is actually often desired by leaders who cast themselves as the only candidate with the iron will and the understanding to rule. After the blasts, the Turkish military launched one set of air strikes against the Kurdish guerrillas it says are associated with the HDP. A second set of air strikes targeted ISIS, the extremist Sunni group that the very same Kurdish guerrilla organizations are fighting in Syria.

There was no evidence offered that either group was involved in the Ankara bombing—a Kurdish hand, against a rally for Kurds, would be particularly unlikely—but Erdogan has lumped the Kurds and ISIS together under the rubric of “terrorist,’ and cast himself as enemy of both. His government began launching strikes on the Kurdish guerrillas, known by the intitials PKK, after declaring a new offensive against ISIS in August.

Among Turks mourning the dead, blame lay elsewhere. The assumption was that the worst terror strike in the country’s modern history was likely the work of the right-wing nationalist forces that historically have played an outsized but muddy role in Turkish political violence, especially against Kurdish activists and militants. Often referred to as the “deep state,” these elements had been the target of Erdogan’s religiously conservative party in its earlier, reformist days. In fact, one of the greatest achievements of AKP rule had been removing Turkey’s military as a potent political power, one that over the decades had carried out repeated coups against elected governments.

But the military’s political emasculation came via a murky judicial process that did little to establish the rule of law. And critics say Erdogan has, in any event, made Turkey’s top generals political players once again by coaxing them to launch the strikes against Kurdish guerrillas since the June election defeat.

The big picture—muddied though it may be by the blood and murk that often characterize Turkey’s politics in times of crisis—is of an embattled politician aligning himself with the reactionary, statist forces he rose to power railing against. 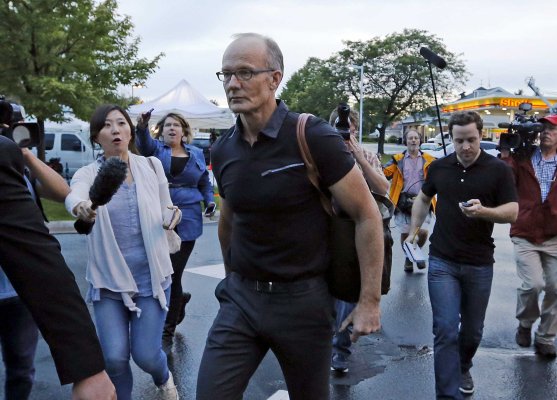 Dentist Won't Be Charged in Cecil the Lion's Death
Next Up: Editor's Pick