Belarus’ President Alexander Lukashenko won a fifth consecutive term in power on Sunday, extending his 21-year-long regime in a country diplomatically sandwiched between Russia and the West.

Lukashenko took 83.5% of the vote, the country’s Central Election Commission reported. This landslide exceeded Lukashenko’s 2010 victory that saw him re-elected with 80% of the vote, according to Reuters.

In the run up to the vote, the strong-arm ruler nominally eased pressure on opposition groups. He pardoned six opposition leaders in August, including Nikolai Statkevich, a former candidate who was jailed after participating in postelection protests in 2010.

But opposition figures called for a boycott of this election, with no candidate able to represent a serious challenge to the incumbent.

Western observers have also been skeptical over Belarus’ previous elections. The Organization for Security and Co-operation in Europe, a group monitoring the latest polls, is scheduled to present its findings Monday.

“We have carried out everything the West wanted on the eve of the elections,” Lukashenko maintained after casting his vote. “The ball is now firmly in the West’s court.”

However, relations have thawed recently. Lukashenko won the West’s approval for criticizing Russia’s annexation of Crimea, hosting peace talks for the Ukraine crisis and denying Russian President Vladimir Putin’s proposal to build an air base in Belarus. 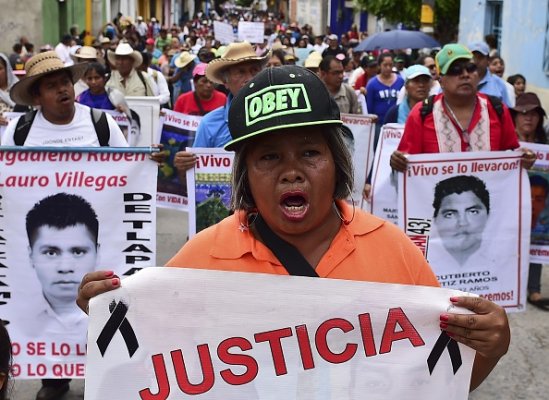 Mexico Releases File on 43 Missing Students
Next Up: Editor's Pick