This Is Salma Hayek's Advice to Young Girls

Salma Hayek on May 11, 2011 in Cannes.
Ullstein Bild—Getty Images
By Andrea Park / People

This is Salma Hayek‘s advice to young girls, like her 8-year-old daughter, Valentina:

Stand out, don’t blend in.

“I think the most important thing to tell for the new generations is to have the courage to be unique, to be curious about who they are, instead of trying to blend in,” Hayek told reporters on Friday at Variety‘s Power of Women luncheon in Beverly Hills, California.

“The most important thing to say to the girls is to not try to be like the other girls,” Hayek, 49, continued. “Not to try to fit in, but to try to really be profound thinkers that are excited about their differences and explore what they are and who they are and what can come out of the new.”

The actress and producer was honored at the luncheon for her work with the Chime for Change charity.

“I think the voice of women can change the world, but we don’t know our voice,” she said. “We’ve never really investigated. We’ve been too busy for many, many decades and generations, trying to operate within systems that were designed by men.

“I don’t think we really have tapped into our potential or our own creativity.”

In her acceptance speech at the luncheon, Hayek spoke about the powerful accomplishments of Chime for Change, a social media-based campaign to raise awareness of women’s issues around the globe.

“In only two years – now I’m going to brag a little bit – we have directly benefitted the lives of 400,000 women,” she said. “We affected 3 million families and communities in two years.”

It’s work like that that shows how much women are accomplishing right now, Hayek said – and what is still to be done.

“[But] I’m feeling very confident that we are the generation that is going to experience the difference, the transformation … We are such an economical power, women, in the country, and we represent such a strong part of the audience that they cannot ignore us anymore.”

The Mexican-born actress, who has said she successfully lobbied to get Ugly Betty on the air by pointing toward statistics about Latino audiences, ended her speech on a hopeful note.

She said that despite the troubling state of the world, women are in the middle of the “exciting” process of redefining their role in society.

“I get disheartened and I think the world is in a really bad state, but I look for strength,” Hayek said. “I look for hope so that I can continue to fight, and what gives me hope is that in a world that is coming apart, women are coming together.” 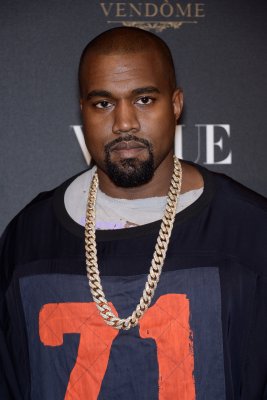