A UCLA football player has been arrested and charged with raping a fellow UCLA student.

A fellow UCLA student told police that she met Searl outside a house party near the UCLA campus in Westwood on Oct. 19, 2014. After the party, he accompanied her to a nearby residence. The woman, who was not identified, said she fell asleep and awoke to discover Searl allegedly sexually assaulting her.

After an investigation, the woman “was able to identify UCLA student 20-year-old Adam Searl to detectives,” police said in a statement.

Searl, a walk-on athlete with the Bruins, has been suspended from the team.

“We have been informed of the situation involving Adam Searl, and we take these accusations very seriously, said UCLA head coach Jim Mora in a statement obtained by PEOPLE. “Adam has been suspended from the team indefinitely while the legal process runs its course. Due to the ongoing police investigation, we are unable to discuss this matter further at this time.”

Searl was booked on three counts of rape and was held on $300,000 bail. He has since been released. The case will be presented to the Los Angeles County District Attorney’s office on October 13.

The original version of this story included a photo of another UCLA player who was not involved in this incident. 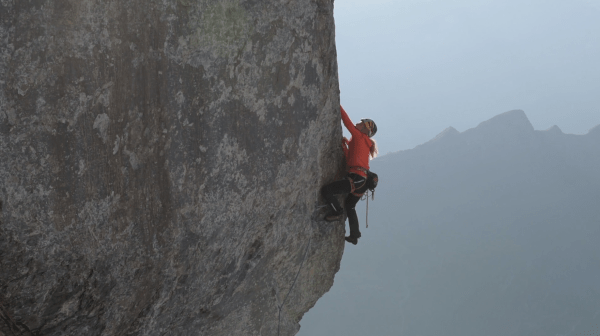 Scale a Mountain With One of the World’s Top Female Climbers
Next Up: Editor's Pick