Why We Need Hit Counts in Football

As the risks of concussions and other brain trauma from playing football have become clearer, leagues have tried to limit the bone-rattling thwacks that were once celebrated by cheering spectators. Yet researchers increasingly believe that football-related head trauma is more likely to result from multiple–and often perfectly legal–hits, rather than a single shot. Which means the danger of playing football is as much in the accumulation of small hits to the head as it is the stomach-churning big one. And yet no major organization at any level of the game, from Pop Warner to the NFL, has a mechanism in place for counting the number of blows players take to the head.

So here’s a modest proposal: Count hits to the head in football just as we track pitches in baseball.

The concept of limiting a pitchers’ throws to prevent injury has become gospel throughout baseball, from Little League—where young pitchers must leave the game after reaching pre-set caps—to the pros, despite the fact that there is no scientific consensus about how these numbers actually preserve vulnerable arms. These counts are so entrenched that graphics on TV broadcasts keep a running tally of throws, and announcers fill air time debating how long arms can hold up.

Yet in football, where brains are at stake and the science is clear, a similar debate over instituting hit counts is virtually non-existent. The current high school football season reinforces the tragic case for why that needs to change.

On Sept. 11, Ben Hamm a junior linebacker at Wesleyan Christian School in Oklahoma, collapsed on the sideline after being involved in a tackle. The play appeared routine, according to Rocky Clark, the school’s superintendent. No one saw any evidence of an illegal helmet-to-helmet hit, or heard the violent crack of a particularly brutal shot. Hamm had missed most of his freshman year with a concussion, Clark says, but followed established protocols in subsequent seasons: contact during practice was limited, coaches constantly checked for signs of concussions during practices and games. Eight days later, Hamm died after suffering an apparent head injury (the medical examiner has yet to announce a cause of death). He was 16. Near Seattle less than a month later, 17-year-old Kenney Bui died of a brain injury three days after hurting his head in a game. Bui reportedly had what his school called a “mild concussion” earlier this season, but had been cleared by a doctor to resume playing.

(MORE: The Tragic Risks of Football)

Nor does a player need to get concussed to be at risk of brain trauma. In one recent study of high school football players, researchers at Purdue University found measurable neurocognitive impairment, even though the players had no clinically observed concussion systems.

“I don’t see how a reasonable person would argue that we should count pitches to protect the elbow, but not count hits to protect the brain,” says Stefan Duma, a professor of biomedical engineering at Virginia Tech. Duma’s research has shown that football players as young as seven have sustained head impact at forces similar to a car crash.

How it would work

The goal is track every hit to the head at a certain level of force, in both practices and games. That can be done by outfitting helmets with sensors. The technology already exists, but it isn’t cheap: up to $40,000 to outfit a team. But a commitment from a large organization, like the NCAA or youth football’s Pop Warner league, could drastically reduce those costs, down to no more than $100 per helmet, according to Eric Nauman, a professor of biomedical engineering at Purdue.

The key challenge is determining how many head hits a player can sustain before sitting out. There is no magic number. In baseball, scientists combed the data and determined that an 8-year-old shouldn’t throw more than 50 pitches in a day, with the knowledge that every arm is different. Some kids can handle more work, while others have more delicate arms and shoulders. A good starting point for hit counts in high school football could be limiting players to no more than 90 blows in a week exceeding 20-gs–which is roughly equivalent to the whiplash from a mild fender bender. Nauman suggests that number based on Purdue’s brain imaging research, which found that almost every high school player who got hit at this rate or higher showed evidence of brain injury, even if he didn’t suffer concussion symptoms like dizziness and memory loss.

None of the leading football organizations are ready to commit to implementing hit counts. “The devil’s in the details,” says Dr. Mitchel Berger, chair of neurosurgery at the University of California, San Francisco Medical Center and a member of the NFL’s Head, Neck and Spine Committee. “Just doing hit counts, at various levels of force and direction, may not give us the answer we need. I think we all agree that we need to start to thinking about getting this information, and ultimately try to match it to the player.” But Berger, who was speaking on behalf of the NFL, says “it’s a leap of faith to assume that this is going to provide us with any definitive information to help us right now better determine things like return to play or whether a player is susceptible to another concussion or not.”

On the college level, NCAA chief medical offer Dr. Brian Hainline said in an email that “the marketing of head sensors (to measure head impact forces) is way ahead of supporting science.” Hainline said the NCAA is working with the United States Department of Defense to conduct a large-scale study of concussions and is researching the effectiveness of sensors “so that we can make a science-driven decision about head impact exposure.”

Pop Warner, which runs youth football leagues for more than 200,000 kids around the nation, says the organization is open to the idea but doesn’t believe the technology is ready. “It’s very hard,” says Josh Pruce, a Pop Warner spokesperson. “We haven’t found anything that’s perfect yet.”

Implementing hit counts won’t be easy. Recognizing that the very act of playing can have long-term consequences cuts to the heart of football’s problem with traumatic brain injuries. “Really nobody wants to believe that regular hits in football cause long-term damage to the brain,” says Chris Nowinski, a former college football player who runs the Concussion Legacy Foundation, a nonprofit dedicated to reducing brain injuries. “Football culture is resistant to counting hits, since people don’t think they’re worth counting.”

The science is clear that they are. Last month, researchers at Boston University announced that 87 of 91 brains of deceased NFL players they had studied showed signs of chronic traumatic encephalopathy, a devastating neurological disease believed to result from blows to the head. “There’s more than enough evidence to say we need a hit counts, right now,” says Nauman. “Why don’t we err on the safe side, and go from there?”

No hit count proposal will be perfect. But neither are pitch counts. Baseball started somewhere. Why can’t football do the same? 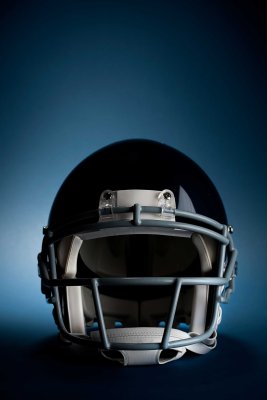