Awarding the Nobel Peace Prize to the Tunisian National Dialogue Quartet is recognition of the important role that Tunisian civil society has played in helping the country move from authoritarian rule to an open democratic political process.

The Quartet is a manifestation of that robust civil society. It’s made up of the Tunisian General Labour Union; the Tunisian Confederation of Industry, Trade and Handicrafts; the Tunisian Human Rights League; and the Tunisian Order of Lawyers. The fact that these groups are able to work together—even though they’re coming at issues from four different perspectives—shows the resilience of the Tunisian people. The Nobel Peace Prize is an important celebration of not only the work the Quartet has done, but also of the progress the country has made in the past four and a half years since protestors overthrew longtime dictator Zine el-Abidine Ben Ali.

The Quartet has helped Tunisia to be more successful than other Arab Spring countries. Its efforts were galvanized in 2013, when two political assassinations shook the country. That’s when the Tunisian people decided that enough violence was enough. The creation of the Quartet and its role in averting conflict reflected the Tunisian rejection of political violence. The efforts of the Quartet paved the way to Tunisia’s second round of free and fair elections in 2014.

Tunisia still faces major challenges in security and must continue to address its economic and political issues. Even though Tunisia is making progress, unfortunately there have been a number of tragedies this year: the March terrorist attack against the Bardo Museum, and the summer attack on the beach in Sousse. Both attacks were designed to target the tourist industry, which is such an important part of the Tunisian economy.

Given these recent setbacks, the Nobel Peace Prize provides encouragement to the Tunisian people during a time when they may need it. It’s a signal of confidence to the outside world that they are on the right path.

While this is a very positive and encouraging sign, the hard work that needed to be done yesterday will still need to be done tomorrow. But I believe Tunisia is moving in the right direction. 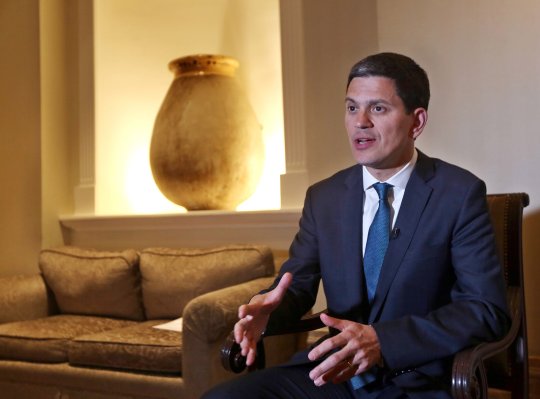 Don't Forget the Reason for Europe's Refugee Crisis
Next Up: Editor's Pick