Policemen walk past crushed cars near the wreckage of the World Trade Center on Sept. 13, 2001 in New York City.
Mario Tama—Getty Images
By Denver Nicks

New York City police have 50% more cancer diagnoses following 9/11 than they did before the terrorist attack, according to the results of a long-term study made public Friday.

The study, obtained exclusively by The New York Post and conducted by researchers from Columbia University and Weill-Cornell Medical College, found that between 2002 and 2014 cancer rates over all in the NYPD increased about 50% compared to the period from 1995 to 2001. The largest increases happened in four relatively rare cancer types: malignant brain tumors, kidney cancer, thyroid cancer and non-Hodkin’s lymphona.

The findings may support fears that first responders to 9/11 suffered long-term health consequences from the cloud of toxic debris kicked up by the collapsing World Trade Centers, which lingered for days after the attacks. Researchers noted that there is debate as to whether improved cancer screenings over time may have affected cancer discovery rates over the courts of the study. 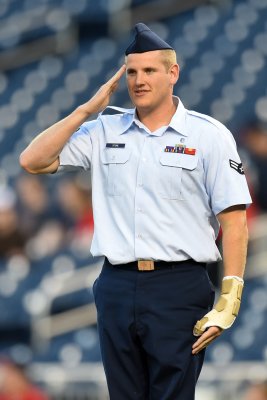 Paris Train Hero Was Breaking Up Fight When Stabbed in California, Witness Says
Next Up: Editor's Pick