Threatening music plays as the American heroine approaches the border between El Paso, Texas, and Ciudad Juarez, Mexico, in the movie trailer. Crossing the line, a fierce firefight breaks out. “Nothing will make sense to your American ears,” says a mysterious voice. Flashes of more blood and explosions follow, before fixing on the ominous word, Sicario, the Latin American term for drug cartel hit man and name of the action thriller that debuted Thursday with stars Josh Brolin, Emily Blunt and Benicio del Toro.

On a real border crossing from El Paso to Juarez on Sunday, motorists saw a rather different sight. About thirty Juarez residents lined the entry lane bearing signs with messages such as “No somos sicarios,” or “We are not hit men.” Speaking to a local newspaper, they said they were protesting the bloody portrayal of their city in the movie. “We are not going to let a simple film dirty all that our society has worked for,” law graduate Blanca Franco told the newspaper.

The modest protest followed angry declarations by Juarez mayor Enrique Serrano, who called on residents to boycott Sicario. “It hurts the image of Juarez people and for that reason I invite people not to see it,” Serrano told reporters. He even said he was looking at suing the movie producers for damaging Juarez’s image, which could hit investment and tourist dollars, but he later backed away from this action.

Such anger towards an action movie reflects a larger debate about the portrayal of Mexico in Hollywood, and of turning the bloody tragedy of the drug war into entertainment. It is a common complaint here that Mexicans only seem to appear in American movies as sombrero wearing peasants or gun toting gangsters. However, Mexico also has its own industry of narco films and now soap operas. One of the biggest hits is the series El Senor de los Cielos or Lord of the Skies, – coproduced in Mexico and the U.S. – which portrays the rise and fall of a Juarez drug lord. It has been a roaring success here while politicians moan it glamorizes the narco lifestyle.

Denis Villenueve, the French-Canadian director of Sicario, claims he is trying to bring public awareness to the tragic bloodbath in Mexico. “We all know in this room how much violence is there,” he said at a Cannes press conference. “As a North American I know that I share part of a responsibility for that…As a filmmaker, I feel a responsibility…to embrace that reality.”

The protesters retort that Sicario portrays a reality that is no longer true. Juarez became the most homicidal city in the world in 2010 as the Sinaloa Cartel battled a local mob for control of billion dollar trafficking routes. That year saw more than 3,000 homicides in the city of 1.3 million. However, the turf war ended amid arrests, social work and possibly a truce between the cartels. Last year, there were 538 murders, and it was out of the top twenty most violent cities. Cartel violence has moved to southern Mexican states such as Guerrero, where traffickers produce heroin.

Even so, other Juarez residents say their mayor is wasting time battling Hollywood. “There has been a reduction in homicides, but we still have big problems of violence, disappearances, poverty and corruption,” says Sandra Ramirez, a social worker in an NGO called Strategic Plan for Juarez. “The mayor should be focused on fixing these problems, not on talking about a film.”

Irving Rodriguez, a Juarez rapper who goes by the stage name Axer Kamikaze, believes that films can help influence children to join a cartel. However, he says factors such as poverty and impunity are also crucial. “Many kids in the barrios here have little education and end up being educated by what they watch on the TV. They see a drug trafficker with a big car and jewels and want to be that person.” Rodriguez was in a street gang and had friends murdered, but now works in slums trying to steer kids away from becoming the new generation of sicarios.

While now showing in the United States, Sicario will not actually premier in Mexico until December. Still, many Mexicans in the border region can cross to U.S. theaters, and there is also a thriving pirate DVD industry here, with street vendors often hawking new releases for as little as a dollar. Ramirez says that protests only give more publicity to the movie. “This could have gone unnoticed as one more action film, but the mayor is drawing attention to it. There is a reverse psychology that makes people here interested. They want to see what the fuss is about.” 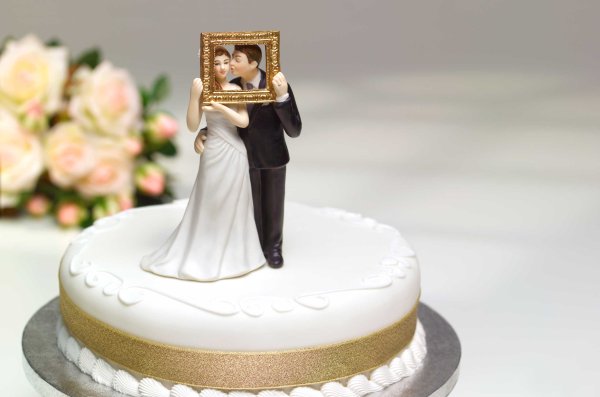 Fake Weddings: All of the Fun, None of the Commitment
Next Up: Editor's Pick