There's Nothing Progressive About Physician-Assisted Suicide

Getty Images
Ideas
By Christopher J. Hale
Hale is a Democratic politician from Tennessee; he has been a Catholic nonprofit executive and helped lead faith outreach for President Barack Obama.

Last week California Governor Jerry Brown signed into law a controversial bill that makes it legal for doctors to prescribe life-ending drugs to terminally ill patients. Brown, a former Jesuit (Pope Francis’s religious order), wrote in a message that he had struggled with the decision but signed the bill because he had reflected on what he would want in facing his own death: “I do not know what I would do if I were dying in prolonged and excruciating pain. I am certain, however, that it would be a comfort to be able to consider the options afforded by this bill. And I wouldn’t deny that right to others.”

Brown’s reflection is short-sighted. A man of tremendous wealth, he will have a full array of health options available to him as nears his death. Most Californians aren’t as lucky. About 12 million low-income Californians are enrolled in the state’s troubled Medicaid program, which provides limited—and perhaps diminishing—healthcare options as it faces the dual pressure of exploding costs and enrollment.

Consider what has happened in Oregon: In 1997, the state passed its own version of the physician-assisted-suicide law, which has been the model legislation for many other states’ efforts. Yet many lower-income residents in Oregon might qualify for assisted-suicide drugs, but not qualify for basic treatments or even hospice care under Medicare and Medicaid.

For example, in 2008, Oregon resident Barbara Wagner was seeking chemotherapy treatment to fight advanced lung cancer. The Oregon Health Plan office refused to pay $4,000 per month because it wasn’t within its narrow guidelines of appropriate treatment. But it did offer to pay $50 for lethal prescription drugs to end her life. Wagner told the local newspaper: “To say to someone, ‘we’ll pay for you to die, but not pay for you to live,’ it’s cruel.”

Wagner’s right: It is cruel. Some will argue that most people who chose physician-assisted suicide aren’t poor, but the rich. But a truly progressive society never measures how a law affects the rich first. To the contrary, progressives believe in a radically inclusive society, where all laws and policymaking are examined from the bottom up.

Charlie Camosy said it well in the Los Angeles Times:

Those who support physician-assisted suicide come to the table with the best of intentions. But while many claim their efforts are aimed at reducing the physical pain of dying, the data suggests people choose physician-assisted suicide for other reasons. According to Oregon’s public health department, the top reasons people choose assisted suicide in the state are losing autonomy (91.5%), decreasing ability to engage in enjoyable activities (88.7%), losing dignity (79.3%), losing control of body (50.1%), and becoming a burden on others (40%). Only 23% named physical pain or fear of possible physical pain as a reason.

As Kirsten Powers asked this week: “Is anyone ashamed that we live in a culture where people believe that if they aren’t autonomous or might be a burden on others that they should ingest drugs and die?”

After Governor Brown signed the assisted suicide bill last week, this week he vetoed a bill that would allow terminally-ill patients to try experimental drugs. As the Wall Street Journal opinion page put it: “Suicide? Yes! Experimental drugs? Not so fast!”

Yes, everyone deserves a death with dignity. But physician-assisted suicide—which could put undue pressure on the poor, the lonely, and the excluded—isn’t the way to achieve this. Focusing on expanding access to health care for every American at the end of their lives would be the progressive thing to do. 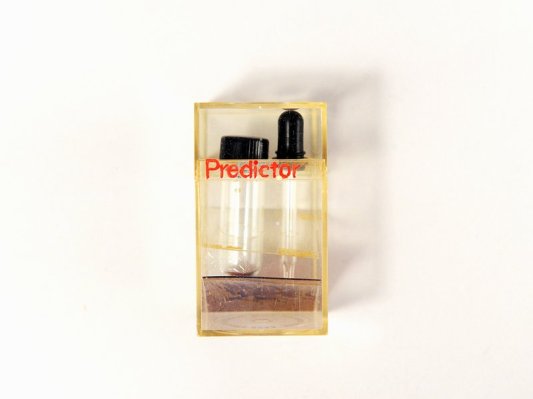 How the First Home Pregnancy Test Was Designed
Next Up: Editor's Pick