Fake Weddings Are the Latest Trend in Argentina

A new “wedding” planning business in Argentina will not let anything keep guests from having a good time—especially not the lack of actual marriages.

Falsa Boda has been staging fake weddings, with all the trappings of the real deal: music, dancing, formalwear, and a bride and groom, the Guardian reports. The group has done away with all the emotions that accompany traditional ceremonies (like joy, anxiety, underlying bitterness in jealous guests, and hopefully true love), so that having fun becomes the main objective.

Authentic weddings have been on the decline in Argentina as men and women wait longer to marry. According to the Guardian, only 11,642 couples were married in Buenos Aires in 2013, down from almost 22,000 in 1990. Falsa Boda, which literally means “false wedding,” started when a group of friends decided to throw their own wedding after going a long time with attending one, and it was so successful that they set up the business in November 2013.

Guests pay around $50 to attend the fake celebrations, and the proceedings feature an unexpected interruption, such as a secret or ex-lover, to derail the fake vows and heighten the drama.

“Our guests get all the fun of a wedding party with none of the commitment, or the problem of finding someone who is actually getting married,”Acerbi told the Guardian.

Party-goers certainly commit to the events, as the celebrations will usually run until 6 a.m. the next morning. 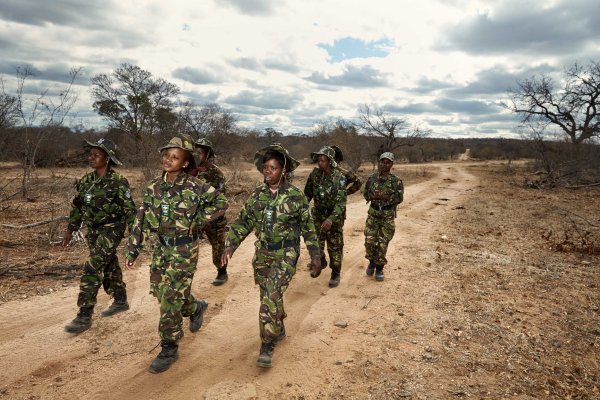 'Black Mamba' Unit Is Taking On South Africa's Poachers
Next Up: Editor's Pick