Rachel Bloom rose to Internet fame five years ago, with a YouTube video in which she described in song all the not-safe-for-work things she wanted sci-fi writer Ray Bradbury to do to her. Now, dozens of viral videos later, her self-described “one-woman sketch comedy group” has landed her a TV show on The CW, Crazy Ex-Girlfriend (Oct. 12), which stands to translate her digital celebrity into old-fashioned, real-world fame.

Bloom’s brand of comedy is one part raunch, one part Jewish neurosis and another part inversion of musical theater’s often saccharine sensibility—as she describes it, “doing the genre so hard that you’re parodying the genre.” Her videos cover ground like the hypersexualization of pop music and the historical inaccuracies of Disney movies; she starts with an art form she loves and annihilates its cheeky charms with in-your-face cleavage and unapologetic profanity.

In Crazy Ex-Girlfriend, Bloom plays Rebecca Bunch, a high-achieving but spiritually broken-down New York lawyer who, after running into teenage flame Josh Chan (Vincent Rodriguez III), follows him cross-country to fill what she believes to be a Josh-sized void in her soul. The show turns out to be, in many ways, the opposite of what its title suggests—it’s less about romantic love than it is about female friendship, and it treats the stereotype it invokes as something to be dismantled, rather than fulfilled.

Bloom took a break from filming to talk to TIME about growing up a musical theater nerd, the horrific ordeal that is getting ready for a date and how the show inverts the Bechdel test—a feminist litmus test a show passes only if two female characters have a conversation about something other than a man.

Rachel Bloom: I was very loud, very obnoxious. I was made fun of quite a lot. My friend at school once wrote an essay on me, and it was something like, “While the rest of us were going to sleepovers and having friends, Rachel was at singing classes.” In eighth grade, a teacher started a year-round musical theater class, and that’s when I started to fit in. I remained myself and the world got cooler around me.

When was the moment that the singing and dancing merged with comedy?

When I got to NYU, I was a musical theater major, and I also auditioned for and got on a sketch comedy group. Every month we would write and perform a new sketch comedy show. So for four years there, I had a real crash course in comedy. Right before my junior year, I took a musical theater writing class, through the grad school, and all of the songs I wanted to write were comedic. That’s when I started to realize, “Oh, I can combine these things.”

The first video you posted on YouTube, “F— Me, Ray Bradbury,” went viral. Before you posted it, did you have an inkling that there was a void in musical comedy that you might be able to fill?

I definitely felt it. As an actor, I wanted songs that were actually hard laughs, and that’s hard to find in musical theater. And as a viewer, I wanted more like South Park: Bigger, Longer & Uncut, I wanted more like The Producers. In a lot of musical comedy, there are a lot of clever turns of phrase, a lot of pop culture references, and that wasn’t my jam. So it came from wanting to get more of my type of humor into the art form that I love so much.

Have you ever considered the humorous self-parody of many of your videos as an invitation to people who are skeptical of musical theater? Like, people can’t make fun of it if it’s already making fun of itself?

Sure, yeah. Most of my friends are comedians who are not necessarily musical theater fans. I know musicals are ridiculous. People don’t talk like this, people don’t burst into song like this. So I think it helps cut out the legs from people who make fun of it, and it brings in a modern alt-comedy sensibility. This sense of pastiche, of kind of meta-parody, or doing the genre so hard that you’re parodying the genre. In a lot of my videos and in the show, there’s a lot of oversexulization, and that’s how I parody pop. Pop now is so overly sexualized, and by [taking] that oversexualization so far as to being almost unsexy in how blatant it is, it turns into parody.

Having mostly written on your own in the past, what was your process of writing with your co-creator Aline Brosh McKenna?

She’s truly brilliant. And our sensibilities are different. We like the same things but we come from two different backgrounds. So the way we wrote the first three episodes was just improvising in a room. Usually Aline would be at the computer, and we would just riff with each other. We created a tone together that I don’t think either of us would have created on our own.

A lot of your videos involve very raunchy humor. Did it feel limiting having to let go of some of that for a more general audience?

On some of the videos that kind of demand to be dirty, we’re doing dirty versions that I’m going to be posting on my own YouTube. We just released the explicit version of the first music video from the pilot, called “The Sexy Getting Ready Song.” So I don’t feel limited. There are ways to be dirty without using the language. As long as the joke is a hard joke, as long as it’s not innuendo, as long as it’s not coy—because that’s the death of laugh-out-loud humor, coyness. Kind of like, “I’m saying the thing but not really saying the thing.” That’s what I try to avoid.

Your videos also have a lot of Jewish humor. How much of that makes its way into the show?

Actually, quite a lot. I grew up in L.A. and lived in New York, so for me, everyone’s Jewish. I’m Jewish, Aline is Jewish, there’s a Jewish sensibility to what we do. There’s a neurosis there, there’s a self-hatred, there’s an aspiration to assimilate, but at the same time the aspiration to keep oneself an “other.” We write what we know. And also, Jews come from immigrants, and there’s an ethos to immigrants in general that’s, “work hard, make the species survive,” that I think applies to a lot of different cultures.

How do you strike a balance between making Rebecca ridiculous enough to be funny but not so ridiculous that she’s a caricature?

Well, it’s based on an aspect of my own personality, which is the struggle between being logical and going with your heart, with your impulses. If I always understand where she’s coming from, you can play it from a grounded place. But we try to make it so that you understand, even if it’s not the correct thing, why she’s doing what she’s doing.

I know a big part of the show is going to be Rebecca’s relationship with a woman she meets at her new job, Paula. How much is this show about romance and how much is it about female friendship?

We always said the real love story of the show is Rebecca and Paula. It’s kind of flipping the Bechdel test on its head, because in every scene, they’re talking about a dude, but inadvertently, they’re becoming bonded and they’re becoming close friends.

Were you ever worried that people would say that if the genders were reversed, this would be a show about a creepy stalker, but because it’s a woman, we allow it?

Absolutely. It didn’t even occur to me at first, the double-standard, because from the beginning, Aline and I were writing this from such a feminist perspective. We’re taught to be strong women, we want to be strong women, but both our western ideas of romance and also our own emotions make us crazy. Women are fed all of these contradictory ideas about what love is and what you should and shouldn’t have and you’re supposed to have it all, but you’re also supposed to fall in love. It wasn’t until people started saying, “This show’s sexist,” that I was like, “Oh, right, there’s a whole other version of this show where she’s a sketchy character and it’s like, “Look at that crazy bitch!” And that’s just so not what the show is. If you watch the show, you’re going to know very quickly that the title is a commentary, and that we’re deconstructing that label from a female point of view. “The Sexy Getting Ready Song” is all about the horrific things women do to get ready for a date. I put on Spanx, I wax my butthole. It’s horrifying.

Maybe people who take the title literally will watch the show and be duped into a new kind of understanding.

Exactly. Like, “Oh, when I called my ex a ‘crazy bitch,’ I wasn’t considering that she was actually mentally unstable, and also I was a pretty bad boyfriend who led her to this place.” Enlightening people is lofty, but definitely a goal. 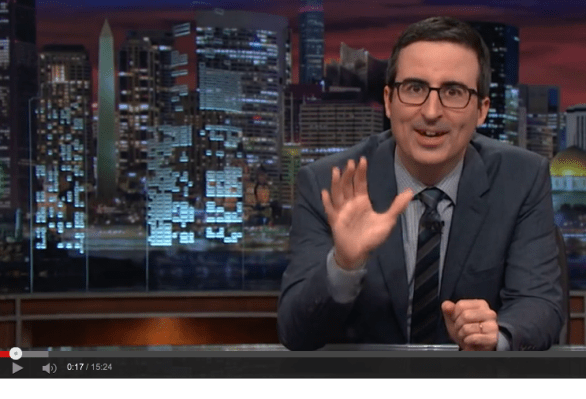