President Barack Obama walks across the tarmac as he prepares to board Air Force One before his departure from Andrews Air Force Base, Md., Oct. 9, 2015.
Pablo Martinez Monsivais—AP
By Maya Rhodan

As he travels to Roseburg, Ore., to console grieving families, President Obama is mulling further executive actions to limit access to guns.

Among the options being reviewed is a proposal to redefine who is considered a licensed gun dealer, which would also change requirements for conducting gun background checks. According to NBC News, under the proposed executive action anyone who sells 50 to 100 guns every year would be considered “in the business” of selling guns and have to adhere to laws that apply to gun dealers such as conducting background checks on buyers.

The action would reportedly not apply to people who occasionally sell, exchange, or purchase guns for their personal collection or anyone who sells off all or parts of their personal firearm collection.

The proposal was first drafted in 2013 in the wake of the tragic shooting at Sandy Hook Elementary School, according to the Washington Post, but it has resurfaced as the President and his team consider ways to take action against gun violence. Timing on this proposal is still up in the air, according to an administration official. The news of its consideration comes shortly after Democratic presidential candidate Hillary Clinton proposed her own executive action that would address the federal background check system if Congress does not.

Gun control has been one of the areas where Obama has had some of the least success, despite a bevy of national tragedies that have kept the issue at the forefront of national conversations. Since the shooting at Umpqua Community College that left nine dead and several others injured, Obama has been visibly angry over the fact that mass killings have become “routine” in America.

“Our thoughts and prayers are not enough. It’s not enough,” Obama said hours after the shooting. “It does not capture the heartache and grief and anger that we should feel. And it does nothing to prevent this carnage from being inflicted someplace else in America — next week, or a couple of months from now.”

Read Next: President Obama Calls for Reflection on Gun Control After Charleston Shooting 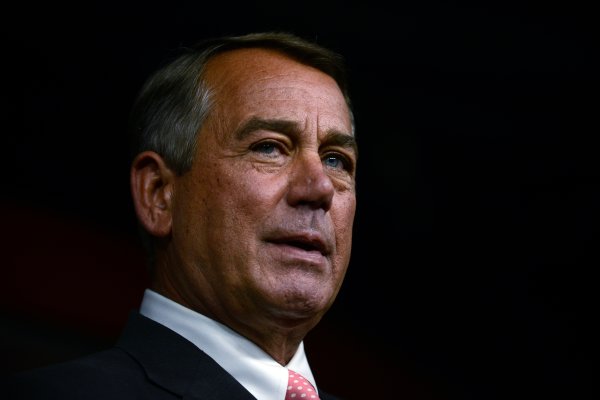 Why the Speaker of the House Is Second in Line for the Presidency
Next Up: Editor's Pick