California Expected to Restrict Use of Human Antibiotics for Livestock

California’s governor is expected to sign legislation limiting use of antibiotics for livestock by the end of this weekend, a move that public health advocates say will reduce occurrences of food-borne illness and save lives.

The landmark California legislation, pushed by Gov. Jerry Brown, would require farmers to obtain prescriptions for antibiotic medication. Veterinarians would be prohibited from issuing such prescriptions solely to promote weight gain. Because of California’s position as a leading agricultural state, policy experts have said they expect the law to have a widespread impact on agricultural practices across the country.

Farmers use antibiotic medicine, which fights destructive microorganisms that enter the body, to hasten animals’ growth regardless of whether they’re actually sick. Animals develop resistance to the antibiotics because of the medicine’s frequent use and are more likely to be infected by bacteria like salmonella and E. coli. Infected animals can pass the bacteria to people when food products aren’t handled with proper precautions.

For humans, being exposed to bacteria resistant to antibiotics can be deadly. The Centers for Disease Control and Prevention (CDC) estimates that more than 2 million people in the U.S. get infections that are resistant to antibiotics each year. More than 20,000 of those people will die. In an online statement, CDC official Michael Bell described the problem as “approaching a cliff” and said it wouldn’t improve a long as antibiotic medicine continues to be overused.

The California legislation is the latest step forward in the fight to limit antibiotics for livestock. McDonald’s, Tyson and Foster Farms were among the food retailers that volunteered to stop sourcing red meat from animals that had received antibiotics. 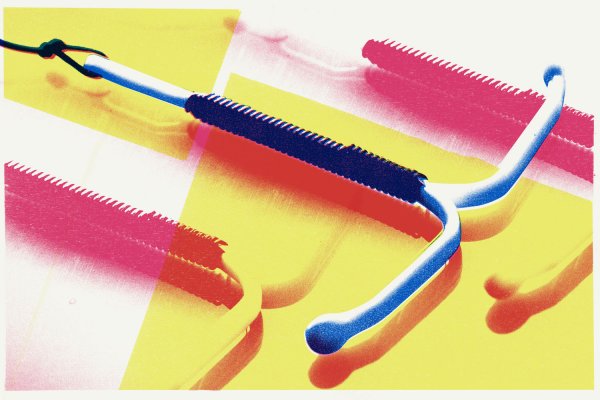 More Women Are Getting IUDs Right After Giving Birth
Next Up: Editor's Pick