Here's How the Most Powerful Tech CEOs Stay So Productive

Your inbox has more email than a Nigerian spam ring. Your deadlines are stacking up like a rush hour car wreck. You have more meetings than a track team.

In other words, you’re really behind on your work. Sure, everyone’s productivity takes a hit now and then, but tech CEOs aren’t just anybodies. They can’t afford pedestrian productivity problems that set their businesses back.

So, here’s how some of the world’s busiest tech executives manage their workflows, whether they’re running the world’s largest social network or they’re up to their elbows in moonshot projects.

When Elon Musk isn’t revolutionizing e-commerce, building electric cars, or trying to make self-landing reusable rockets, there’s one sure-fire place you can find the Tesla and SpaceX CEO: on email. “I do a lot of email—very good at email. That’s my core competency,” joked Musk at a 2013 conference.

But there’s a lot of truth to Musk’s aside, considering the high amount of delegation the multi-company CEO must administer. According to Musk, staying on top of his inbox even requires pecking out replies during family time, something we’re probably all guilty of. Still, it’s not like his email account is getting pummeled with pitches from everyone under the sun. This Quora post shows how his inbox is insulated from people looking to go to Mars or even get off the Tesla Model S waitlist. That’s good, because the man has work to do — did we mention he’s blanketing rooftops in solar panels with SolarCity, too?

Jack Dorsey: Give Your Days a Theme

Now the CEO of both Twitter and Square, Jack Dorsey recently made news for permanently returning to the social network that he helped launch. But running one high-powered technology company can be hard enough, so how will he juggle two?

Dorsey has done it before, and he credited organizing his week into “themed days” as part of his success. For instance, on Mondays, Dorsey focuses on management, he revealed while speaking at a 2011 conference. So that meant he would take in a directional meeting at Square and an operations committee at Twitter. Tuesdays are for products—nowadays he might be meeting about Twitter’s new Moments feature and Square’s NFC reader. Wednesdays are for marketing and growth, and so on. And believe it or not, he takes the weekend off—well, sort of.

“Sunday is reflection, feedback, and strategy,” he said.

After buying The Washington Post, Amazon founder and CEO Jeff Bezos gave his new employees a great peek inside the mind of one of America’s most daring entrepreneurs. From the “everything store” to the Kindle to the new Echo voice assistant, Bezos has used one simple productivity trick to introduce some of the world’s most innovative products: he starts with his goals and works backwards.

Of course, reverse engineering is nothing new—curious children have been rewiring gadgets since the early 20th century. But starting with a dream and walking backwards towards the present day requires dedication and planning.

In February 2013, Yahoo CEO Marissa Mayer sparked controversy by killing off her company’s popular work-from-home options. The move drew backlash from the far reaches of the business world, as it echoed beyond the tech industry, where workers put in long hours coding software. But Mayer had a point: When people don’t work in the same physical location, there are fewer chance encounters that come as a result of occupying the same space.

“Some of the best decisions and insights come from hallway and cafeteria discussions, meeting new people, and impromptu team meetings,” Mayer wrote in a company-wide memo. “We need to be one Yahoo!, and that starts with physically being together.” As unpopular as the move was, looking solely at the numbers, Mayer was right. Since that time, Yahoo stock has risen markedly, and the company seems poised to survive after all.

The eccentricities of Facebook’s founder have been well-documented—he often wears the same style gray t-shirt every day, dons his signature hoodie in business meetings, so on and so forth. But there is a method behind his madness, and that’s a relentless pursuit of simplicity to help add structure to a chaotic professional world.

Another of Zuckerberg’s quirks are his annual challenges. In 2010, he sought to learn Mandarin. In 2011, he vowed to only eat meat that he slaughtered himself. This year is his “Year of Books” in which he reads a new book every two weeks. These efforts require discipline, the kind of self-regulation that often demands that you say no (or “not now”) to work, so that you can improve yourself personally. And the hope is those refinements will spill over into your professional life. 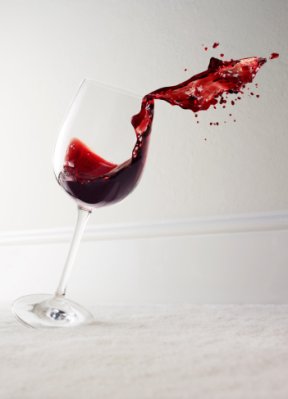 How to Remove Every Type of Stain
Next Up: Editor's Pick