Decisions Should Be Between Patients and Their Doctors—Not Catholic Bishops

As a medical professional, the oath I take is to first “do no harm.” I take that to mean that my job and that of my colleagues is to take the best care possible of our patients. We balance the available medical tools and best practices with the wishes of our patients, and we make decisions based on what would best serve them.

Hospital policies such as the U.S. Conference of Catholic Bishops’ Ethical and Religious Directives for Catholic Health Care Services that limit what physicians can tell and offer our patients can be extremely dangerous—and sometimes even life-threatening. That is why the American Civil Liberties Union lawsuit against the Trinity Health Corporation, one of the nation’s largest Catholic health systems, is so important. Catholic hospitals should be held to the same standards as others around the country.

The lawsuit is partly in response to the recent actions of a Catholic hospital in Michigan, which interfered with a doctor’s recommendation for her patient and placed a pregnant woman’s health at risk. Jessica Mann has a brain tumor that makes a subsequent pregnancy potentially fatal, so she sought to have her tubes tied at the time of her C-section. But the hospital rejected her doctor’s recommendation and denied the treatment. The only reason given by the hospital for this denial of care is that the treatment Mann needed, one that is routine for most hospital OB/GYN departments, is prohibited by the same bishops’ directives.

The directives could also prohibit doctors from completing miscarriages or terminating pregnancies, which are often the standard practice when unexpected and unpreventable complications jeopardize a women’s life or health during pregnancy. According to the American College of Obstetricians and Gynecologists, more than 600 American women die each year from pregnancy and childbirth-related reasons. Many more could die or suffer health consequences if they did not have access to safe and legal abortion.

Nearly one in nine hospital beds in the country are in a Catholic facility. Few women may know that they’re entering a Catholic hospital before arriving. They may live in an area where that hospital is the only option, or have the doctor they know and trust affiliated with it. They shouldn’t have to compromise their care because of religious directives.

Medicine is not an exact science. Sometimes split-second decisions need to be made, and often, there’s no perfect answer. That’s why medical professionals are trained to act swiftly and with the best interests of our patients in mind. It’s not in the best interests of anyone, not least of all the people seeking our help, to have those decisions questioned by non-medical entities.

Doctrinal policies or practices that limit medical intervention have no place in the halls of our clinics and hospitals or within the walls of our operating rooms. There are simply too many lives at stake for hospital practice to be any other way. 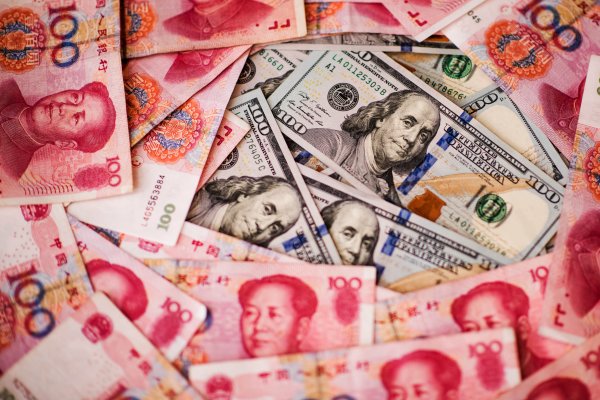 The 'Chinese Dream' Is Nothing Like the American One
Next Up: Editor's Pick