Take for instance the Civil War. It’s been a long time—seven score and ten—since our great national bloodbath, and have the North and South fully healed their fraternal breach? No, they haven’t. Do we all agree on how the story of that war should be written? No, we don’t. Have black and white Americans been able to join hands and walk toward the same future with the same opportunities in a sweetly post-racial nation? Please.

And yet the Civil War is not The Civil War—the transformative Ken Burns film that forever changed the documentary form and, not for nothing, explained an incalculably important chapter in American history to a generation that needed the tutorial. That Civil War just celebrated its twenty-fifth anniversary with a rebroadcast on PBS and the release of a new, remastered Blu Ray DVD—a term that would have been complete gibberish to the film’s original, 1990 audience.

As part of the promotion, the producers released a tiny snip of outtake footage from the cache of bonus material included in the new DVD—just two minutes of the late Shelby Foote, the novelist and historian who served as one of the film’s commentators. In that little bit of originally discarded film, were glints of hope that the nation that will re-watch The Civil War in 2015 is a better place than the one that originally watched it in 1990.

The clip opens with a much younger Burns asking Foote, “Why did Americans kill each other in such extraordinary numbers for four years? Why did this beautiful country break down?”

The answer Burns gets is both complex and troubling. “There are so many reasons that can be assigned after the fact,” Foote says, “slavery being the main one, and that’s Lincoln’s identification of the problem.” And with that one sentence, in those few words, a glimpse of America’s darker side showed itself—a side that has since been exposed to the light.

Foote was a child of Mississippi, born in 1916, only 51 years after the war ended. For that demographic, slavery was indeed Lincoln’s identification of the problem. The real causes, the Confederate descendants will tell you, were numerous and more nuanced—an assertion of states’ rights, an unequal distribution of wealth between the North and South. Ducking the primacy of slavery—ducking the South’s to-the-death defense of holding other human beings as chattel—is something Southern apologists have been doing for generations.

But as historians have long stressed—and did again in 2011, on the 150th anniversary of the war—slavery was the South’s own reason for the rupture. The formal statement of secession released by South Carolina, the first state to go, mentions slavery 18 times, and cites Article IV of the U.S. Constitution as defending the institution. “This stipulation was so material to the compact,” the secessionists wrote, “that without it that compact would not have been made.” The document later charges, “The right of property in slaves was recognized by giving to free persons distinct political rights,” rights that the South Carolinians insisted were now being abrogated.

Georgia’s secession statement beats South Carolina’s, citing slavery 35 times. Mississippi’s is brief, but it makes the ugly most of every word. Citing the indispensability of southern crops to the global economy, the document says, “These products are peculiar to the climate verging on the tropical regions, and by an imperious law of nature, none but the black race can bear exposure to the tropical sun.”

It speaks poorly of the U.S. of 1990 that Foote’s subtle whitewashing, so much a part of the culture of his boyhood, could have passed unremarked upon. It speaks well of the U.S. in 2015 that that would not be the case today, that the historians’ more truthful argument has gotten a traction in recent years that it hadn’t gotten in the past. The difference might have simply been that people were finally ready to listen.

Foote offers the South more cover on the very idea of secession—though he by no means defends it. “When they entered into that federation [as part of the U.S.] they certainly wouldn’t have entered into it if they hadn’t believed it would be possible to get out,” he said. In other words, the South simply misunderstood the pre-nup; these things happen.

But here too, the culture has shifted from under such talk. It’s not just the election of the first black president—indeed the Obama presidency has actually triggered a spike in racial toxins in parts the body politic. But it’s undeniable that we’ve become a culture that demands more of itself than it once did, and understanding the Civil War better has helped that along.

“Everything you need to know about black lives matter or driving while black or the Confederate flag is from the Civil War,”said Burns in a recent conversation with TIME. “It’s a kind of Rosetta stone for the much more urgent issues of race that most people had not brought up before.”

And so that flag can barely show its face outside of a museum anymore; and so the children of parents who grew up with ni**er as just another coin of the language—an ugly coin to be sure—may get to grade school without ever having heard the word spoken; and so historical apologists find fewer kindred thinkers when they paint the war as something that it wasn’t. Yes, this is partly just language, partly just censoriousness, and if you’re an African American living in Ferguson or Charleston or parts of Baltimore, you have a right to demand a great deal more than just better manners. But manners matter, symbols matter.

“What we need to do is perpetually tread this neural pathway to a better, higher nature of ourselves,” says Burns. “There are no cycles of history, you are not doomed to repeat yourself.”

That’s not always easy to see in the America of 2015, but it’s at least a little easier to see than it was a quarter century ago. The first Appomattox happened on April 9, 1865. The second one—the moral, spiritual, human one—has yet to come. 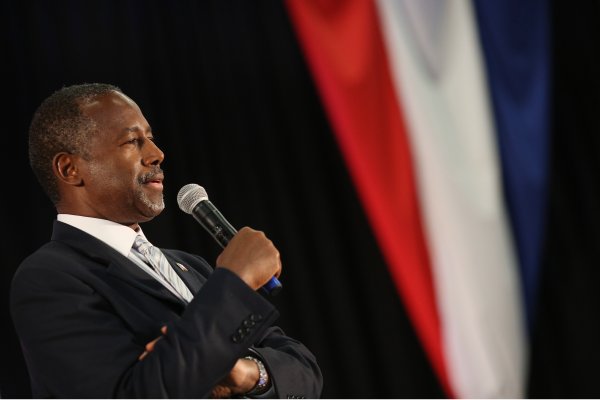