Republican presidential candidate Ben Carson told CNN’s Wolf Blitzer that the Holocaust would have been “greatly diminished” had Jewish people in Europe been armed with guns.

“I think the likelihood of Hitler being able to accomplish his goals would have been greatly diminished if the people had been armed,” Carson said. “I’m telling you there is a reason these dictatorial people take guns first.”

Carson also partly blames the horror of the Holocaust on Nazi gun control laws in his latest book, A Perfect Union, but his statements Thursday, along with many others he’s made this week on guns, were swiftly attacked.

“The small number of personal firearms available to Germany’s Jews in 1938 could in no way have stopped the totalitarian power of the Nazi German state,” said ADL national director Jonathan Greenblatt.

The Holocaust comment was only the latest of Carson’s recent statements on firearms. The retired neurosurgeon also faced criticism on Thursday for statements he made on a SiriusXM radio show about a time he faced a gun in a Baltimore Popeyes restaurant.

Carson recalled his Popeyes stickup experience during a Wednesday interview with Urban View host Karen Hunter. “I have had a gun held on me when I was in a Popeyes organization,” said Carson. “The guy comes in, put the gun in my ribs. And I just said, ‘I believe that you want the guy behind the counter.’”

The Baltimore Police Department said it did not have enough information to confirm Carson’s story.

The Police Department explained on Twitter it had received “multiple media requests” in response to Carson’s interview, but without a date and time they could not confirm its validity.

Carson was pressed about the statements on Thursday during an appearance on Michael Smerconish’s radio program, given the leading candidate’s critique of the Oregon community-college shooting victims earlier this week.

“I would not just stand there and let him shoot me,” Carson told Fox News on Tuesday, referencing the Oregon shooting. “I would say: ‘Hey, guys, everybody attack him. He may shoot me, but he can’t get us all.’” 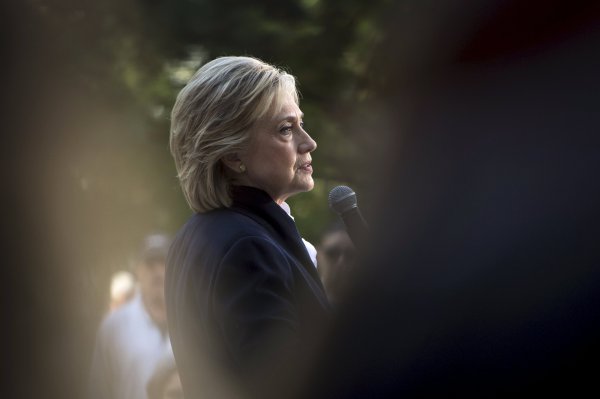