Former Florida Gov. Jeb Bush came out against reauthorizing parts of the Voting Rights Act that were thrown out by the Supreme Court in 2013, suggesting he would resist bipartisan calls to reinstate a key component of the law if he became president.

In an interview with TIME Thursday, Bush said that states like Georgia no longer need to be covered by the now-defunct pre-clearance provisions, while controversial moves such as Alabama’s recent closure of motor vehicle offices are covered by the provisions that remain intact.

The interview clarified Bush’s comments earlier in the day, when he commented at a campaign event that he “[doesn’t] support reauthorizing it as it is,” which had been criticized by Hillary Clinton and the Democratic National Committee.

“What I’m saying is that, restoring this automatic pre-clearance process designed for an era of the 1960s is not relevant to 2015,” Bush said. “The rest of the Voting Rights Act has an important role to play.”

The Supreme Court struck down the formula used to determine which jurisdictions were subject to the strict review process under the law in a 5-4 decision in the case Shelby County v. Holder. The court ruled that the then-active standard, which involved locales that used “a test or device” as a prerequisite to registering to vote in the 1960s, was outdated and therefor unconstitutional. The ruling left the pre-clearance provisions intact, but unenforceable.

“I don’t think there’s a role for the federal government to play in most places, maybe some, but in most places where they did have a constructive role in the ‘60s,” Bush said Thursday morning at the Greater Des Moines Partnership Iowa Caucus Consortium Candidate Forum in response to a question from an audience member.

Speaking with TIME, Bush maintained that the rest of the law, which includes general prohibitions against voting discrimination, as well as specific provisions for bilingual ballots in many jurisdictions, are sufficient for the modern era.

“So if there’s cases where … there is egregious violations of access to the ballot in the here and now, in the present, sure, the law—the law exists,” Bush said.

Proponents of restoring the pre-clearance requirement, including most Democrats and some Republicans like former House Judiciary Committee Chairman Rep. Jim Sensenbrenner, have sought to draft a new formula for enforcing Section 5 of the Act, the provision that deals with federal review.

“They want to reauthorize the Article 5 portion of this, and it’s time to move on,” Bush said. “Look, in—I think Georgia is the example that people use, African-American turn-out is higher than it is amongst white voters. There’s early voting, there’s all sorts of access. Percentage of vote is higher.”

“There is a point to say that whatever was done to create that environment, we should hail it as a success, and assume that states have the capability to do what’s right,” Bush added.

According to a U.S. Census Bureau survey released in 2013, in November 2012, Black turnout, at 66.2%, was higher nationally than non-Hispanic Whites, at 64.1%, for the first time since the agency began releasing such figures in 1996. In Georgia, it was up between 0 and 5.9% according to the report.

Bush said he was unfamiliar with the ongoing controversy in Alabama, in which the state is closing driver’s license centers in many poor and minority communities due to budget cuts. The state’s voter identification law requires that voters posses identification to vote. Combined, critics argue, it is an effort to depress minority turnout in the state. Bush said he thought the current law allowed officials enough authority to investigate the claims.

“I don’t know the case of Alabama,” Bush told TIME. “Typically when you close DMVs it’s because of budget considerations. I can’t comment on that. But the existing law allows for some ability to inquire about that and look into it.”

“Jeb Bush’s opposition to the reauthorization of the Voting Rights Act can only mean one of two things: he is either oblivious to the voter suppression tactics that have been deployed against women, students, seniors, and communities of color in recent elections, or he agrees with those efforts,” said DNC National Director of Voter Expansion Pratt Wiley in a statement. “Given the fact that voter restriction efforts in states like Alabama and Kansas have received national attention in the past few weeks, I think it’s safe to say that Bush is not oblivious.”

With reporting by Maya Rhodan / Washington. 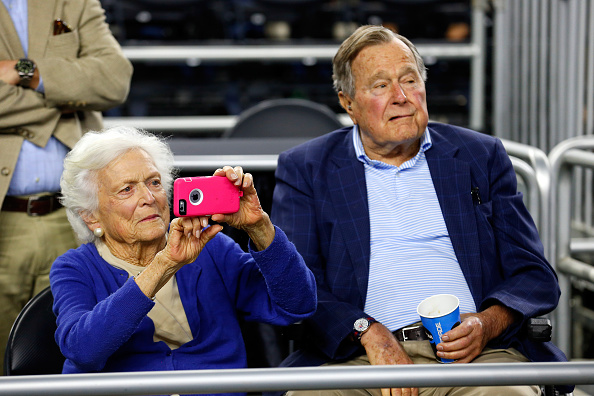 Voters Keep Asking Jeb Bush About His Parents
Next Up: Editor's Pick