Pictured in this video screen grab is the Caspian Flotilla of the Russian Navy firing Kalibr cruise missiles against remote Islamic State targets in Syria, a thousand kilometres away, Oct. 7, 2015.
TASS/ITAR—Corbis
By Tessa Berenson

Defense Secretary Ash Carter said Russia fired the missiles without any advance notice and criticized the action as being “unprofessional,” the Times reports. It has not yet been revealed where exactly the missiles landed or whether there were any casualties.

At a NATO news conference in Brussels, Carter said that ““in coming days, the Russians will begin to suffer casualties.”

According to the New York Times, this was the first time these cruise missiles had been fired during wartime. 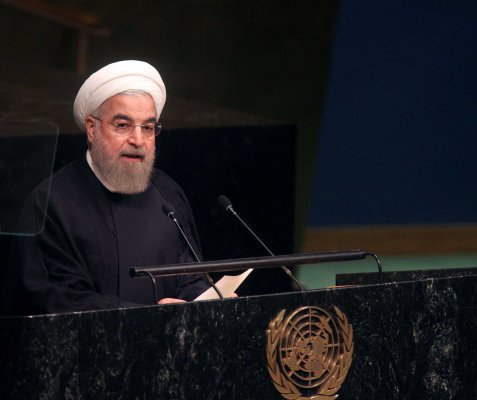 Iran Prez Says GOP Critics Don't Know Where His Country Is
Next Up: Editor's Pick