Sen. Tim Scott, R-S.C., leans from the podium to shake hands with Sen. Cory Booker, D-N.J., while speaking about criminal justice reform with a bipartisan group of senators during a news conference on Capitol Hill in Washington, Oct. 1, 2015,
Jacquelyn Martin—AP
By Alex Altman

A new criminal justice bill was unveiled in the House of Representatives on Thursday, the latest sign of momentum for a bipartisan cause that backers hope will produce reforms by the end of the year.

The agreement is the latest effort to overhaul draconian sentencing laws that have sent the U.S. prison population skyrocketing in recent decades. The package comes on the heels of bipartisan legislation introduced last week by a wide-ranging and influential group of senators, which was hailed by advocates as the most criminal-justice reform proposal in a generation.

The new House bill, crafted by House Judiciary Committee chairman Bob Goodlatte (R-Va.), his Democratic counterpart John Conyers and others, focuses on sentencing reforms and serves as a companion to the Senate proposal. It would reduce mandatory minimums for some low-level drug offenders, slash the punishment for so-called “three strikes” offenders from life imprisonment to 25 years, retroactively apply new sentencing reforms to eligible prisoners, and give judges discretion to offer more lenient sentences than the specified minimums in some cases.

The package bears the stamp of Goodlatte’s influence. Speaking at the Capitol Thursday morning, the law-and-order conservative stressed that the reforms would also impose tougher mandatory minimum sentences in some cases, including for criminals convicted of trafficking in Fentanyl—a synthetic opiate blamed for a spate of recent deaths in the U.S. and Canada—as well as for drug offenders with a record of committing violent felonies or firearms offenses.

“We want to make sure our federal laws and regulations effectively and appropriately punish wrongdoers, protect individual freedom, safeguard civil liberties, work as efficiently and fairly as possible, do not impede state efforts, and do not waste taxpayer dollars,” Goodlatte said. The judiciary chair also promised more legislation is coming. For months, a working group within the committee has been studying a wide range of criminal-justice issues, from over-criminalization to civil-asset forfeiture to the way the justice system ushers prisoners back into society after their release.

To reform advocates, the new package isn’t perfect. But even groups which criticized the enhanced mandatory minimums said that Goodlatte’s role in crafting the legislation was a sign of the issue’s broad bipartisan support.

“Chairman Goodlatte was one of the last defenders of our counterproductive mandatory sentencing laws, so we’re glad to see him take this positive step toward reform,” said Molly Gill, government reform counsel at Families Against Mandatory Minimums.

The similarities between the House and Senate proposal was also cause for cheers among advocates. With a narrow time frame to turn legislation into laws, the prospect of the two chambers ping-ponging proposals back and forth could choke the momentum.

“It has to happen this year,” says Holly Harris, the executive director of the U.S. Justice Action Network. “It’s good news that these bills are similar. There appears to be agreement in both chambers what these bills should look like.”

The crowded legislative calendar, which includes House GOP leadership elections and likely fights over extending government funding and hiking the debt limit, could prove a challenge to that timeline. But the sight of significant bipartisan proposals—each co-authored by conservatives who had long been obstacles to reform—emerging from both houses of Congress in the space of a week was cause for celebration for justice-reform activists.

“We are more optimistic than ever,” said Michael Collins, policy manager for the Drug Policy Alliance, “that a bill will land on the President’s desk.” 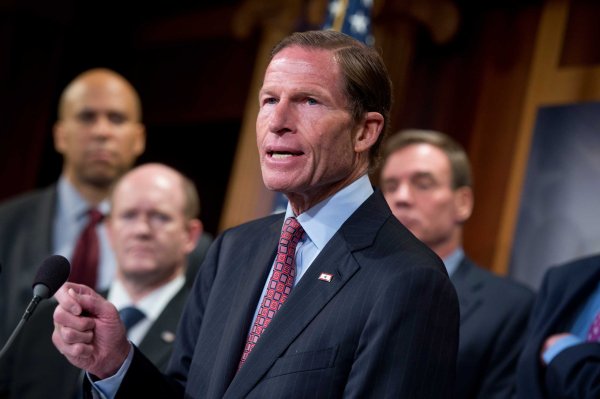