A dramatic recording from a police body camera released Wednesday shows Cleveland officers being fired upon by a gunman before asking him to drop his weapon and finally returning fire themselves.

The 15-second video shows a March 11 confrontation between Cleveland police officers and Theodore Johnson, 64, who appears in a doorway as police ascend a staircase. Johnson immediately fires, hitting officer David Muniz, who was wearing the body cam and a bulletproof vest.

The officers retreat, but a second video shows police again approaching Johnson, who tells them he wants to die. “I know you just shot me, but I’m not going to shoot you,” Muniz told Johnson, who seconds later raises his gun and is shot dead by officers.

Police responded to Johnson’s home after receiving reports from his wife that Johnson made threats against her and their landlady.

On Tuesday, the Cuyahoga County Prosecutor’s office said the officers were justified in shooting Johnson, saying the use of force was “reasonable and necessary” and that Johnson “posed an immediate and continuing threat to the lives of officers and innocent citizens.” A grand jury was also shown video of the incident and declined to indict. 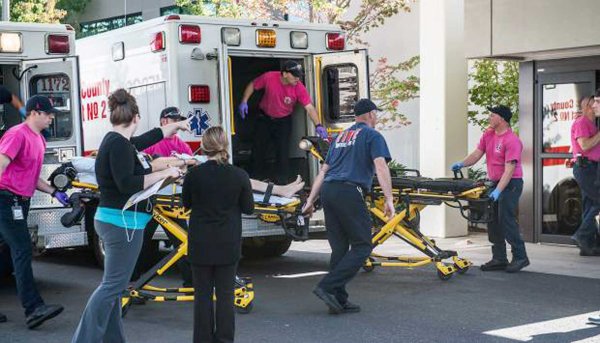