More Women Are Getting the IUD and Implant for Birth Control

American women are increasingly opting for the most effective forms of birth control: an intrauterine device (IUD) or an implant, new data shows.

A new report released Thursday by the Guttmacher Institute, a non-profit research organization, shows the percentage of U.S. women who use an IUD or implant—known as long-lasting reversible contraceptives (LARC)—increased from around 9% in 2009 to nearly 12% in 2012. (Prior Guttmacher data shows that in 2002, only 2.4% of American women used LARC methods.)

To reach these numbers, the Guttmacher Institute looked at national survey data of women ages 15 to 44 and found that the use of LARC increased across all demographic groups of women, but spiked most among Hispanic women, women with private health insurance, women who never had kids and women with fewer than two sexual partners in the last year.

MORE: The Teen Birth Rate Is Now At An All-Time Low

“LARC methods have the potential to significantly decrease unintended pregnancy in the United States because they are ‘set and forget,’ meaning they require no intervention from women, resulting in greater effectiveness,” the report study author Megan L. Kavanaugh said in a statement about the research.

MORE: More Women Are Getting An IUD Right After Giving Birth

LARC methods have a failure rate of less than 1% and are considered to be the most effective forms of reversible birth control currently available. Other national data published this year also found that more U.S. women are using the IUD or implant than in the past. It’s also a popular method among women in the medical field; another 2015 study published in the journal Contraception showed that among 500 female health care providers, 42% used LARC—a much higher rate than the general population.

Read Next: How The IUD Is Overcoming Bad PR 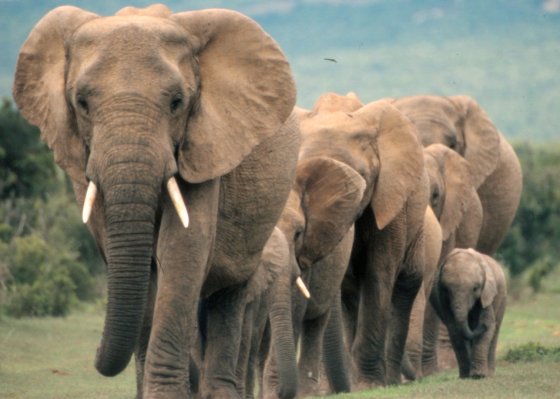 What Elephants Can Teach Us About Cancer Treatment
Next Up: Editor's Pick