I’ve definitely decided that in the event I ever build a house, I want to hire, you know, an architect to design it. I’m pretty sure I’d like a trained mechanic to fix my car and someone who knows a thing or two about dentistry to work on my teeth too.

Those reasonable standards are worth keeping in mind in light of a new poll showing that fully 87% of Americans believe it is important for candidates for President and Congress to have a basic understanding of the science behind relevant issues. That’s a big number but it actually represents a low bar. Nobody is saying that a candidate actually has to be a scientist to shape science policy—any more than it’s necessary to be an economist, a general or an engineer to shape fiscal, military or infrastructure policy. But yes, understanding what you’re talking about would be nice.

The findings come from a poll of 1,002 adults of voting age, conducted by ScienceDebate and Research!America, a pair of nonprofit policy groups working to increase the role of science in public decision-making. The groups’ survey also found that 86% of respondents believe candidates should be required to participate in debates on science, 77% believe the media should do a better job of pressing candidates on matters of science, and another 77% believe that relevant policies should be based on the best available science—a belief that should be so self-evident it doesn’t even pay to contemplate how we’ve gotten to the point that it isn’t.

There was never a golden era in which Presidents and legislators were either trained in or at least exhaustively well-informed about science. And the one President we had in recent memory who did qualify—Jimmy Carter, who studied nuclear physics when he was in the Navy—was not much helped in office by that experience. But we’ve undeniably reached a new low.

Politicians—mostly in the GOP—have recently been shamed out of using the “I’m not a scientist” dodge when trying to duck questions about climate change or the age of the Earth. But it served the likes of Marco Rubio, John Boehner, Bobby Jindal, Mitch McConnell and others well and they’d have likely kept right on using it if they hadn’t been essentially told to knock it off.

Even worse than ducking questions about science is openly hooting falsehoods about it—especially when it comes to the basics of climate and health. When Oklahoma Senator Jim Inhofe can bring a snowball onto the Senate floor as proof positive that climate change isn’t real because, hey, it’s snowing in Washington; when Florida Representative Bill Posey can take to the House floor to spread misinformation about vaccine safety; and when both can be assured of safe seats in the next election, we’ve accepted a lack of accountability that we certainly don’t tolerate when we throw a President or party out of office for crashing the economy or bungling foreign policy. Indeed, in enforcing those last two criteria, voters show an admirable bipartisanship: George W. Bush’s misadventures were no more friendly to the GOP in later elections than Carter’s were to Democrats.

But science? We somehow give them all a pass—at least until now.

None of this, alas, means that things will change, or at least not fast. A similar counter-factualism is being seen across the GOP presidential field, as candidates respond to the latest mass-shooting with a single matching talking point—that the issue is one of mental health, not gun control. This, of course, ignores the hard epidemiological data that countries that do impose regulations on guns—and surely have no more or fewer people with mental health problems than the U.S. does—see vastly less carnage than we do.

But in fairness to the politicians, this is on us too. Only 45% of respondents in the new poll—49% of Democrats, 48% of Republicans and 37% of Independents—say they are well-informed about candidates’ positions on science. Which begs the question: Why? It’s not enough to say the candidates don’t talk about it and the questioners don’t ask about it at presidential debates. It’s up to voters to do the asking—indeed the demanding—at town halls and other public gatherings. And if the candidates duck—if they pull out the “I’m not a scientist” card? Well, there’d be something awfully satisfying about answering, “Looks like you’re not going to be a President or a Senator either.” That, at the very least, would get their attention. 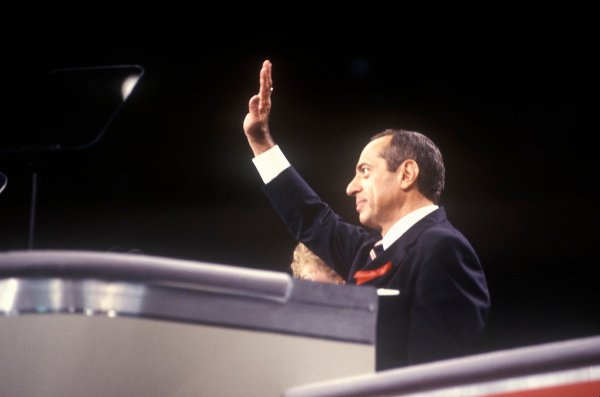 Biden Isn't the First to Take Time Deciding on a White House Run
Next Up: Editor's Pick