These Are the Top Contenders for the 2015 Nobel Peace Prize

With the Nobel Peace Prize winner due to be announced at 6am ET on Friday, speculation is running rampant about which do-gooder(s) might be taking home the prestigious award.

British bookmaker William Hill said it had seen a flurry of last minute betting on the prize, awarded almost every year since 1901 to the candidate who the Nobel committee decides has “done the most or the best work for fraternity between nations, for the abolition or reduction of standing armies and for the holding and promotion of peace congresses“.

“We have never had such a volatile Nobel Peace Prize market – there seem to be a number of camps all of whom are convinced that the candidate they are championing is going to be the winner,” said William Hill spokesman Graham Sharpe.

Based on bets placed at William Hill, these are the five people with the highest odds of winning the prize tomorrow morning:

German Chancellor Angela Merkel is odds-on favorite to win the prize tomorrow morning. This year she has steered Germany through Europe’s migrant crisis, adopting a stance of of openness and compassion to the influx of refugees, and helped keep the European Union together as Greece struggled to stay solvent.

Mussie Zerai is an Eritrean priest who founded the humanitarian organization “Habeshia,” which helps refugees fleeing war and persecution. Zerai receives distress calls from migrants at sea, then alerts the Coast Guard to their location.

Pope Francis — named TIME’s Person of the Year in 2013 — had another high-profile year, releasing a sweeping encyclical on climate change in June, and helping repair relations between the United States and Cuba before visiting both countries in September. He has maintained calls for compassion towards immigrants both in the U.S. and in Europe.

Denis Mukwege is a Congolese gynecologist who founded Panzi Hospital in Bukavu, where he specializes in treating women who have been raped. He was considered a favorite for the Nobel Peace Prize last year, as well.

Novaya Gazeta is an independent newspaper in Russia. The paper, which was started with Nobel Peace Prize money won by Mikhail Gorbachev in 1990, was praised this year for its balanced coverage of the crisis in Ukraine. 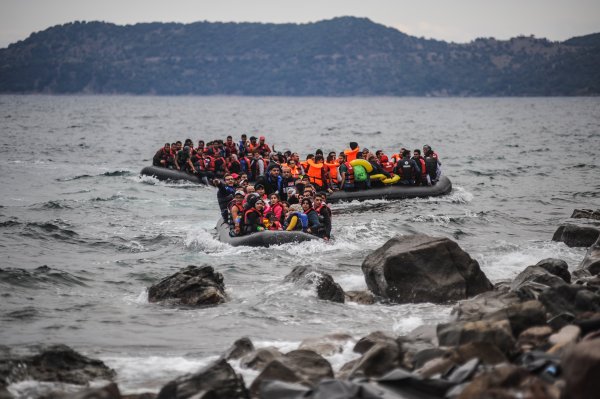 How Europe Is Spending Money on the Migrant Crisis
Next Up: Editor's Pick