Meryl Streep on Sexism in Hollywood: 'We Have to Be Made Equal'

Actress Meryl Streep arrives for the Gala screening of the film "Suffragette" for the opening night of the British Film Institute (BFI) Film Festival at Leicester Square in London Oct. 7, 2015.
Luke MacGregor—Reuters
By Ashley Ross

Meryl Streep has spoken out about feminism and sexism in Hollywood ahead of the premiere of her new film Suffragette, which focuses on the British women who gained the right to vote starting in 1918.

Of women she told the BBC “we have to be made equal,” noting that the top 10 buyers in the U.S. for films are men. “If the people that are choosing what goes out into the multiplex are all of one persuasion, the choice will be limited and that will be a self fulfilling prophecy.”

In the BBC interview, Streep—who’s been nominated 19 times for Academy Awards and won three—throws her hands up, saying “of course!” when asked if she’s a feminist. Last week she came under fire for calling herself a “humanist” rather than a “feminist.” Streep explained that she was troubld by “what [feminism] has come to mean to young women, that makes them feel it alienates them from the people they love in their lives.”

Streep has also faced criticism recently for a T-shirt she and her co-stars Carey Mulligan, Anne-Marie Duff and Romola Garai wore to promote Suffragette that reads “I’d rather be a rebel than a slave,” which is part of a quote from Emmeline Pankhurst, whom Streep plays in the film. Many opposed the use of the word “slave” on the shirts, particularly since the women wearing the shirts are white. 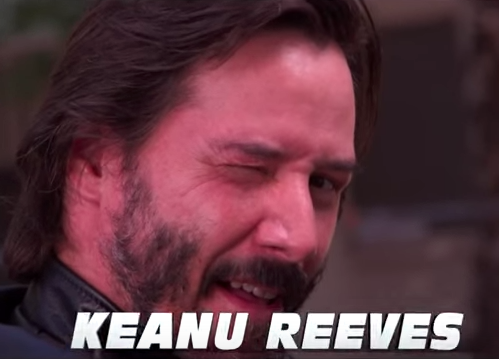 Watch Jimmy Kimmel and Keanu Reeves Parody The Fast and Furious Films
Next Up: Editor's Pick