Senate Democrats will begin a push Thursday for new gun control legislation in the wake of last week’s deadly Oregon shooting with a threat to block other measures until it is brought to the floor.

It also includes a bill announced by Connecticut’s senators last week, which would bar gun sales until background checks are complete. Currently, if a background check is not completed within 72 hours, the sale can go forward.

Senator Chris Murphy of Connecticut was incensed at the press conference last week when he unveiled his legislation with fellow Sen. Richard Blumenthal. “Congress has become an accomplice in these murders,” he said. “We are quietly endorsing this mass slaughter by refusing to act … I don’t care how many members of Congress send out tweets saying they’re sorry. You aren’t sorry, you aren’t truly sympathetic if you’re not willing to act.”

The Democrats have said they will block other measures until this new gun control package gets a vote, but it is still very unlikely the legislation would pass the Republican-controlled House. 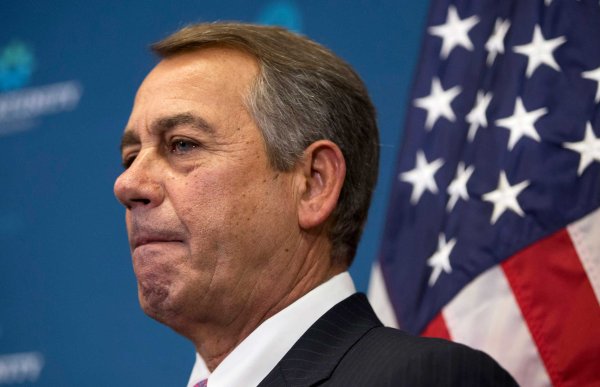 Why the House Speaker Fight Is Poised for Chaos
Next Up: Editor's Pick