FIFA has suspended embattled president Sepp Blatter and other top-ranking officials for 90 days after a Swiss criminal investigation.

AP reports that Issa Hayatou, president of the Confederation of African Football, will serve as acting president of FIFA in Blatter’s absence:

The suspensions come amidst a criminal case against Blatter, which alleges that he misused FIFA money to make a $2 million payment to Platini and engaged in contracts that were unfavorable to the organization. Blatter was questioned by Swiss authorities last month, and Platini was questioned as a witness.

Valcke, meanwhile, is under suspicion of attempting to profit from the sale of World Cup tickets. Chung’s ban relates to bidding for the 2018 and 2022 world cups.

Along with the Swiss probe, there is a separate U.S. Department of Justice investigation into the high ranks of FIFA, based on illegal funds being passed through New York-based financial institutions, the Wall Street Journal reports.

Blatter has said he will not resign the presidency ahead of the elections in February, despite growing calls from sponsors for him to leave. He has led the organization since 1998. 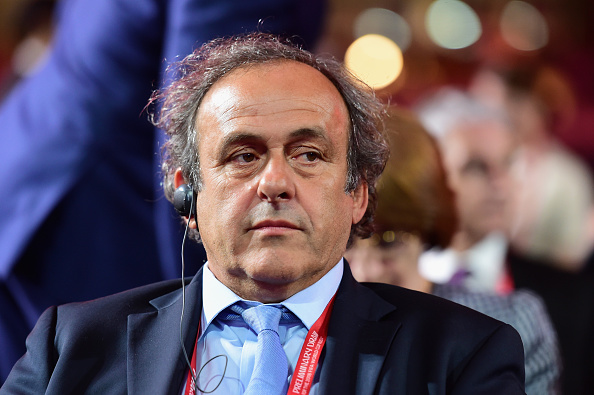