What Elephants Can Teach Us About Cancer Treatment

For many years, Dr. Joshua D. Schiffman, a researcher at the Huntsman Cancer Institute at the University of Utah, drove past Utah’s Hogle Zoo on his way to and from work every single day. But he had no idea that animals inside, elephants to be precise, might provide the answer to a question his research had been trying to answer: Who gets cancer and why?

In his new study, published Thursday in the journal JAMA, Schiffman and colleagues argue that their recently gained insight into why elephants so rarely die of cancer could pave the way to a better understanding of the disease in humans, and possibly even spur research into how to combat the disease in the future.

First, a little background. Humans have two copies of every gene. We inherit one from our mom and one from our dad, and each gene has a different job. One of these genes is called TP53. And TP53, as Schiffman and other scientists describe it, is the so-called “Guardian of the Genome.” That’s because the gene plays an important role in protecting us from cancer by encoding for the protein p53, which is a tumor suppressor.

If we get any mutations in our DNA, which can happen spontaneously, TP53 steps in and stops that mutated cell from dividing and then tries to fix it. If it can’t do that, then TP53 helps coordinate cell death, which also lowers cancer risk. Over half of all human cancers, according to Schiffman, have a dysfunctional TP53 which means mutated cells keep dividing.

So where do elephants come in?

Three years ago, Schiffman was listening to a talk by Carlo Maley, an associate professor at the School of Life Sciences, Arizona State University, who was explaining something called Peto’s Paradox. The paradox is this: Logical thinking would suggest that since every cell in the body has an equal chance of turning into cancer, the more cells you have, and they longer time they have to divide, the greater the risk for cancer. So it would make sense that elephants, which are much larger than humans and live 60 to 70 years, would die of cancer pretty regularly. But the opposite is true. Elephants hardly ever develop cancer. Why? Maley and his colleagues suggested elephants may have more copies of the TP53 gene.

After the meeting, Schiffman suggested to Maley that they study how elephant blood cells respond in a lab setting compared to human cells. But neither man knew how they would obtain it. Thankfully, only three weeks later, Schiffman visited Utah’s Hogle Zoo with his family, and while admiring the elephants, a zoo keeper happened to mention that once a week the zoo draws blood from its elephants to make sure they are healthy. Bingo.

In the first part of the study, the researchers used databases of the causes of death for elephants in various settings to determine that cancer rate does not necessarily go up in tandem with animal girth, and that less than 5% of elephants actually die from cancer. Basically, their findings supported Peto’s Paradox.

When the researchers looked closely at a sequenced elephant genome, they discovered that unlike humans who have two copies of the TP53 gene, elephants have evolved to have 40 copies of the cancer-protective gene.

The researchers then took elephant and human blood and exposed the samples to drugs and radiation that cause DNA damage, and watched how the samples reacted. They found that while the elephant and human cells repaired DNA at a similar rate, elephant cells underwent significantly more cell death—which is one way a body fights cancer. “These elephant cells are exquisitely sensitive to any type of DNA damage. It’s as if these elephant cells are on high alert for any type of mutation, and as soon as they see it, they will get rid of that cell, so that it wont go on to develop cancer,” says Schiffman.

The researchers also compared the elephant blood to the blood of people with Li-Fraumeni Syndrome, which is a disease where a person only has one copy of p53, which puts them at an over 90% risk of developing cancer. The researchers compared the radiated cells from elephants, healthy humans and people with Li-Fraumeni Syndrome and found that elephant cells self-destruct at double the rate of human cells and five times the rate of Li-Fraumeni cells. Schiffman says this supports the argument that more p53 means more cancer protection.

“What we have shown is that it elephants really do appear resistant to cancer, and elephant cells respond twice as robustly to DNA damage by just eliminating those pre-cancerous cells,” says Schiffman. “Evolution has had 55 million years to figure out how to prevent cancer in elephants, and now it’s our turn to try to figure out how to apply this to people.”

Schiffman and his fellow researchers plan to use their findings to looks into possible ways to get human cells to act more like an elephant’s. For instance, Schiffman says there might be drugs that already exist or we don’t know about yet that can do that. “Or is there a novel technology that can deliver the elephant P53 into human cells and target the cells that are most likely to turn into cancer—or maybe have already developed into cancer?” he wonders.

In a corresponding editorial, Mel Greaves and Luca Ermini of the Institute of Cancer Research, London write, “The conclusion that elephants owe their relatively cancer-free longevity to the acquisition, in an ancestor, of extra copies of TP53 seems plausible.”

“As aging occurs, modern humans appear to be exceptionally vulnerable to cancer, especially in more developed societies,” they write. “The explanation for this dilemma may involve other factors that greatly increase cancer risk. For instance, most human cancers … are associated with lifestyles that are not found among animals, such as smoking, reproductive, dietary, and sun ­soaking habits.”

Still, the researchers argue that if the findings can be replicated, they could “represent an evolutionary-based approach for understanding mechanisms related to cancer suppression.” 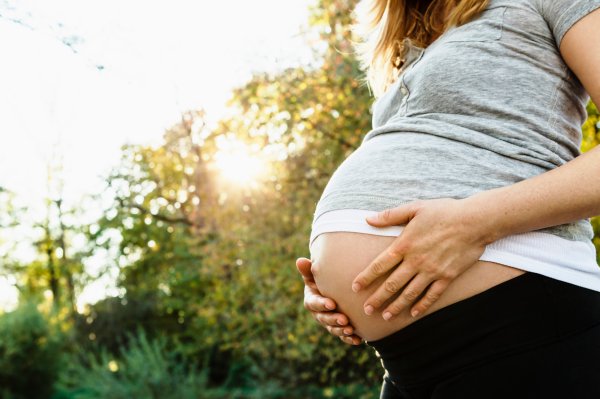