Why the House Speaker Fight Is Poised for Chaos

It was supposed to be dignified and orderly. It was supposed to reassure donors and supporters that they’re right to back Republican control of the House. But Speaker John Boehner should’ve known that nothing with his conference has ever been easy, least of all his retirement.

On Thursday, House Republicans are scheduled to gather to elect themselves a new Speaker after Boehner abruptly announced two weeks ago that he plans to retire from Congress at the end of October. Everyone assumed House Majority Leader Kevin McCarthy would move up a notch and Boehner would pass the baton. But just as they have made every vote for the last 4.5 years an epic ideological battle, the Tea Party isn’t about to let Boehner go quietly into the night.

On Wednesday the Freedom Caucus, a loosely affiliated group of about 40 of the House’s most conservative members announced it was throwing its support behind Rep. Daniel Webster, a Florida sophomore considered a longshot challenger to McCarthy. That comes three days after Jason Chaffetz, a three-term Utah Republican and Chair of the Oversight Committee announced he, too, was challenging McCarthy.

Here are the two numbers you need to know:

Even if McCarthy emerges with the support of all 247 of his GOP members from Thursday’s leadership elections, he still faces the full House vote due to be held just before Boehner steps down on Oct. 30. Few remember that Boehner won the unanimous support of his conference in November 2014, only to lose 25 votes on the House floor in January 2015, coming perilously close to not winning the speakership. McCarthy faces the same problem.

And even if he wins the speakership, the Freedom Caucus’ decision to oppose him on Wednesday handicaps his speakership. Boehner had hoped that McCarthy, who has spent a lot of time wooing Freedom Caucus members, might make a better bridge than he. Apparently, that bridge might be in need of some infrastructure funding.

And whomever is elected Speaker next faces a legislative schedule that is bound to outrage the Freedom Caucus: the debt ceiling must be raised by early November and likely nothing but a clean bill will pass the Senate; government funding for the next year must be passed by early December, lest the government shut down—and again any compromise that passes the Senate will not pass muster with House conservatives; plus a massive multi-year transportation bill funding critical infrastructure improvements that has stalled for years over funding-level arguments must pass before the end of December.

Get the conservatives angry enough over one or all of these measures and they may file another motion for the new speaker to vacate the chair. House Republicans, it seems, have begun a very elaborate, perilous, and somewhat embarrassing game of musical chairs. 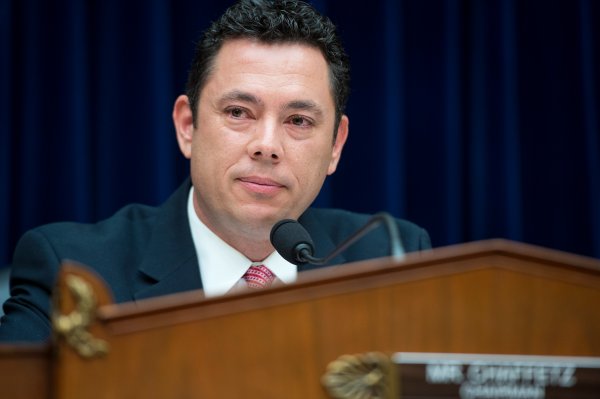