The board recommended the officer, James Frascatore, face departmental charges that could lead to his suspension or dismissal, the New York Times reports. Frascatore is now set to face an internal New York Police Department trial; William J. Bratton, the NYPD commissioner, has final say on how the officer will be disciplined.

The complaint against Frascatore stems from an incident on Sept. 9 at Grand Hyatt Hotel in Midtown Manhattan, where the officer mistook Blake for a criminal wanted on credit card fraud charges. Surveillance cameras showed Blake—who did not resist—being aggressively forced to the ground.

The board also reported that another plainclothes officer working with Frascatore, Daniel Herzog, abused his authority, recommending he be docked vacation days as punishment.

“I want to express my appreciation to the Civilian Complaint Review Board for their quick and thorough review of the incident where I was attacked,” Blake said in a statement. “I have complete respect for the principle of due process and appreciate the efforts of the C.C.R.B. to advance this investigation.” 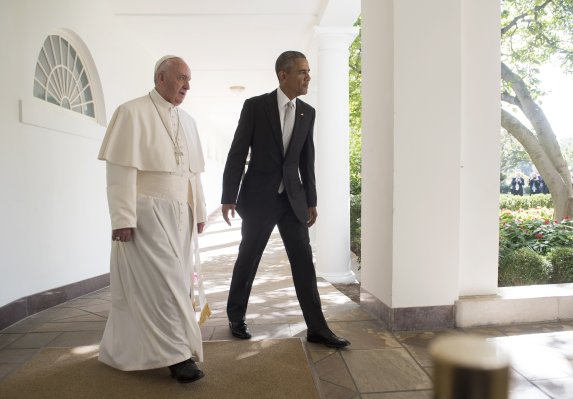 Pope Francis's Popularity Extends Beyond Catholics and Conservatives
Next Up: Editor's Pick