Daniel Craig: 'I'd Rather Slash My Wrists' Than Do Another Bond Film

Seems like Daniel Craig’s had enough of the shaken-but-not-stirred James Bond life.

The actor—who’s portrayed the British spy for three films and will take on the suave, secretive playboy for a fourth time in the upcoming Spectre movie—told TimeOut London he’d rather commit suicide than take on Bond again.

“Now? I’d rather break this glass and slash my wrists,” Craig said, when asked if he would do another Bond film. “No, not at the moment. Not at all. That’s fine. I’m over it at the moment. We’re done. All I want to do is move on.” Craig has not hidden his desire to end his run as Bond: In an interview with Esquire in September, he hinted that Spectre was his last take on the role but didn’t completely rule out a future project, saying, “I have a life and I’ve got to get on with it a bit. But we’ll see.”

Craig was candid with TimeOut London about the one reason he’d even consider a fifth venture as the steely spy: “It would only be for the money.”

But for as much as Craig is over being the face of James Bond, he’s appreciative of the opportunities its afforded him and the legacy franchise’s role in the movie industry, offering some wise words to his still-unnamed successor: “Don’t be s—t. You’ve got to step up. People do not make movies like this any more. This is really rare now. So don’t be s—t.”

That said, Craig doesn’t “give a f—k who plays Bond next.” 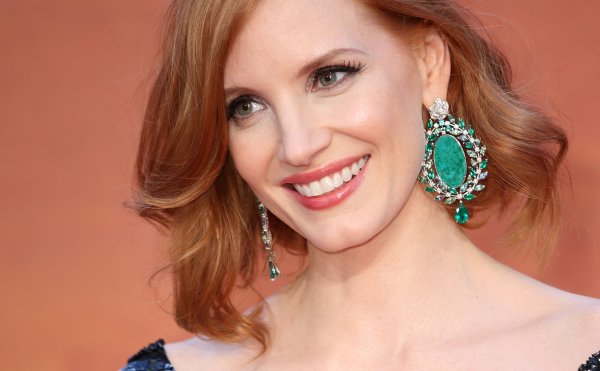 Jessica Chastain on How Crimson Peak Will Change the Way We View Women in Movies
Next Up: Editor's Pick